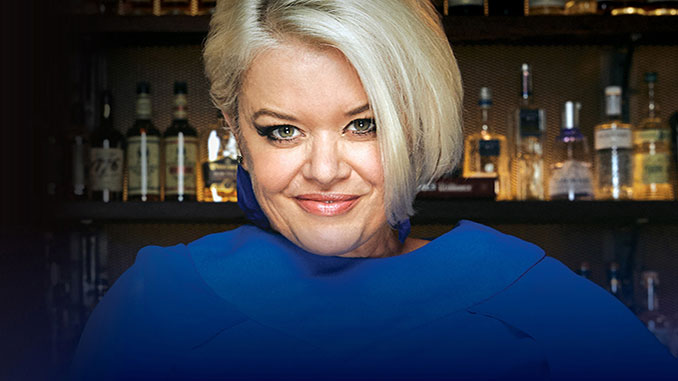 Presented by Adelaide Festival Centre in association with Feast Festival, join powerhouse vocalist Libby O’Donovan on a retrospective journey, celebrating the high notes, big hair and fashion moments of her 20-year career this November in the Space Theatre.

20 Years, 20 Songs shines a light on Libby’s extraordinary voice performing Jazz, Cabaret, Musical Theatre and original music whilst highlighting all her best moments, stories and more, and perhaps some of those she wishes you’d forget!

Libby is a powerful and sassy performer, renowned for her nuanced interpretations and extraordinary voice. She is not only a critically acclaimed Jazz and Cabaret performer and recording artist but is also an award-winning Musical Director.

Libby O’Donovan is a “powerful and sassy performer” (SMH), renowned for her nuanced interpretations and extraordinary voice. She is a critically acclaimed Jazz and Cabaret performer and is highly in demand as a composer, arranger and musical director.

Libby has entertained audiences the world-over with her unique talents, performing in New York, Tokyo and Toronto as well as Australia-wide. Equally at home in small ensemble acts as well as solo performances, she has been a proud member of ARIA nominated Coco’s Lunch, Flat on Your Bacharach, and Women With Standards, for which she won a Green Room Award for Musical Direction.

Libby’s recent body of work in Cabaret includes: The Story of Meredith Crocksley, Some of My Best Friends Are Single, Gady La La: Songs for the Sophisticated Fag Hag, Kate Leigh: The Worst Woman, UNSUNG and The Cowgirl and The Showgirl.

As a recording artist she has featured on numerous Jazz and Cabaret albums, as well as her critically acclaimed self-penned albums The Complication, Home to You and Back to Broken Hill.
Libby is also highly in demand as a composer, arranger and musical director.

“Libby O’Donovan is, without doubt, one of Adelaide’s top cabaret performers. In fact, her secret seems to be that she doesn’t so much perform as just be herself – bubbly, funny, humble, with a crisp clear voice that can affix an audience with its softness and stun with its big, belting vocals.” – Glam Adelaide