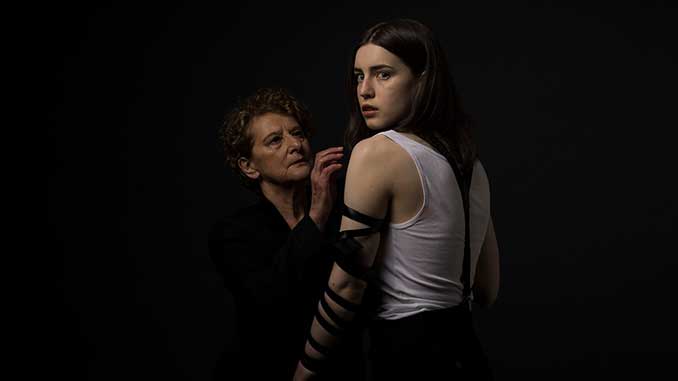 Opening at the Arts Centre Melbourne’s Fairfax Theatre in March 2022, this entirely original stage adaptation of the iconic and provocative short story Yentl, is the first since the 1975 Broadway play, and the first new adaptation since the pop culture phenomenon that was Barbra Streisand’s 1983 musical film.

“This production is a very purposeful re-claiming of the short story, taking it back to its darker, more dangerous roots,” says co-creator and director Gary Abrahams, whose recent credits include acclaimed productions of 33 Variations with US actor Ellyn Burstyn at the Comedy Theatre, and Kadimah Yiddish Theatre’s The Ghetto Cabaret at fortyfivedownstairs.

“Yentl is an incredibly transgressive and irreverent story that was sanitized and made very PC by the film. But Bashevis Singer’s story is so much stranger, so much more unsettling, so much more rooted in a world full of demons, dybbuks and ghosts.”

Set in a Polish shtetl in 1870, Yentl is the story of a young woman who defies Jewish orthodox tradition by secretly studying religious scripture, forbidden to females. When her beloved father dies, Yentl runs away dressed in male guise, determined to live as a man and continue her studies.

She meets Avigdor, a young Yeshiva boy, who – believing her to be male – takes her under his wing where she convincingly lives as the impressive male talmudic student, Anshl. But when Avigdor introduces Anshl to the woman he loves, Hodes, Anshl’s life takes a surprising and dangerous turn.

Soon, a fragile love triangle emerges when Yentl falls in love with both Avigdor and Hodes, and Avigdor finds himself attracted to the boy he believes is Anshl.

This bold and contemporary adaptation will be staged both in English and Yiddish (with English surtitles translated by internationally-renowned academic Professor Rivke Margolis), continuing Kadimah’s mission to bring Yiddish culture and language to a wide audience.

This new adaptation of Yentl leans into the work’s feminist themes, examines its queer subtext, and explores its Yiddish roots in surprising and unfamiliar ways.

“There’s this wonderful intersection between contemporary queer politics and oldworld Yiddish culture,” says Abrahams. “It’s a story about identity, and about the danger and bravery of creating one’s identity when you have to fight against the status quo of the world around you.”