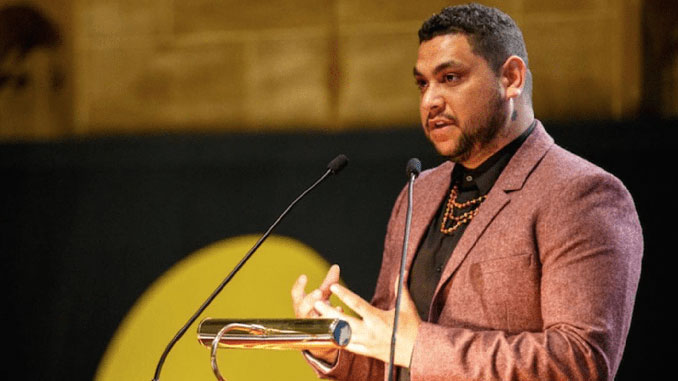 The Victorian Government is ensuring lesbian, gay, bisexual, trans and gender diverse, intersex and queer Victorians continue to have a strong voice to advocate for their rights and wellbeing.

Minister for Equality Martin Foley has announced the appointment of Todd Fernando as the new Commissioner for LGBTIQ+ Communities – the second person to fill this groundbreaking role.

“Equality is not negotiable in Victoria – while we’re making great progress towards equality for LGBTIQ+ communities, we still have plenty of work to do, and Todd Fernando will be an important part of this,” said Minister Foley.

A descendant of the Kalarie peoples of the Wiradjuri nation who identifies as queer, Mr Fernando brings a wealth of experience to the position as an accomplished diversity and inclusion consultant with extensive experience working with both First Nations and LGBTIQ+ communities.

Mr Fernando is passionate about improving the lives of LGBTIQ+ communities and brings to the role his experience in delivering reform social policy and cultural safety frameworks in both the public and private sectors.

With a deep personal understanding combined with his background in academic research focused on the social and cultural experiences of LGBTIQ+ Indigenous Australians, Mr Fernando understands the need to recognise and celebrate the many parts that make up the Victorian LGBTIQ+ community.

In 2018, along with other members of the Aboriginal rainbow community, Mr Fernando co-founded Koorie Pride Victoria, an advocacy organisation that campaigns for the social inclusion and advancement of Victoria’s LGBTIQ+ Aboriginal community.

“I am honoured to work with a Government that believes equality is not negotiable,” said Commissioner for LGBTIQ+ Communities Todd Fernando (he/him). “It’s time to build on existing achievements by connecting more closely with LGBTIQ+ people, communities, and organisations, while recognising the many parts that make up who we are.”

Victoria became the first state in Australia to have a Commissioner for LGBTIQ+ Communities, previously known as the Commissioner for Gender and Sexuality, when Ro Allen was appointed to the role in 2015.

Believed to be the first openly queer and Aboriginal Commissioner in Australia, Mr Fernando has been acting as the Commissioner for LGBTIQ+ Communities since June following Ro Allen’s appointment as the Victorian Equal Opportunity and Human Rights Commissioner.

The Commissioner for LGBTIQ+ Communities works closely with Victoria’s LGBTIQ+ communities to provide crucial advice to the Victorian Government on the development of policies, services and programs that are inclusive and meet the needs of our diverse communities.