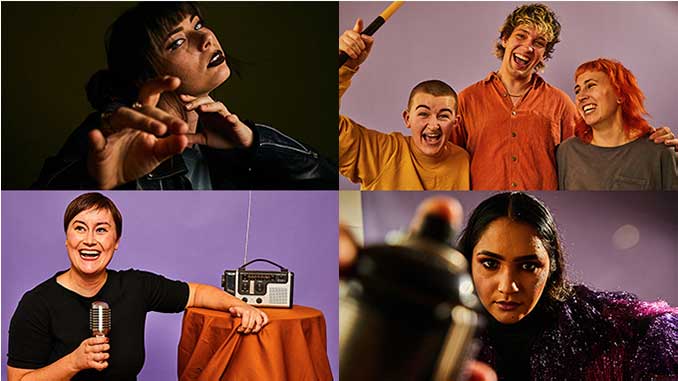 Western Australia’s home of independent theatre, The Blue Room Theatre, has just dropped the third program of their killer 2021 season.

Curated by an independent panel of artists, the four shows range from Shakespeare remixed to revolutions at a suburban house party. We think you’ll definitely find something that takes your fancy.

From 24 August, catch Unbound – a bewitching collision of classical text and dynamic contemporary forms that is sure to challenge everything you think you know about the Bard.

Then the boundaries of acceptable drinking will be pushed in My Shout – a nuanced look at Australian drinking culture told from the comfort of the pub, served with a dose of hangover-anxiety realness.

Towards the end of September comes Watch and Act – a climate change dark comedy that’s been described as an audition tape to be Nigella Lawson’s emergency contact in a climate crisis.

And finally, in October Love Letters to the Revolution invites you to a house party where small uprisings and realisations explode in hope and frustration.

Equal measures quirky and cosy, The Blue Room Bar has been recently renovated and is absolutely worth a pre or post show visit. There’s never been a better time to enjoy this local gem of a theatre and experience the vibrancy of Perth’s independent theatre scene.

Image: Unbound | My Shout | Watch and Act | Love Letters to the Revolution – photos by Duncan Wright

Unbound | Blank Space Productions | 24 August – 4 September
Unbound is a bold new imagining of Shakespeare’s works where female characters finally take centre stage. In this two-act narrative, Ophelia, Emilia and Volumnia are three sisters fighting to forge their own destinies in a world where power is everything. Enter a transformational exploration of the Bard’s influential works in a whirl of movement, dance and sound.

My Shout | Undercurrent Theatre Company | 31 August – 18 September
Join four mates as they share their intimate stories of boozy nights and anxiety-fuelled hangovers, told through poetic conversation, and compelling physicality in the comfort of their local pub. So come on, pull up a chair and grab a drink. My Shout!

Watch and Act | Katie McAllister | 28 September – 16 October
Katie reads emergency fire warnings on the radio for a job but now the whole world is burning and her life is on fire. Watch and Act is a dark comedy humming with the consequences of caring too much and not enough, framed as an audition tape to be Nigella Lawson’s emergency contact in a climate crisis.