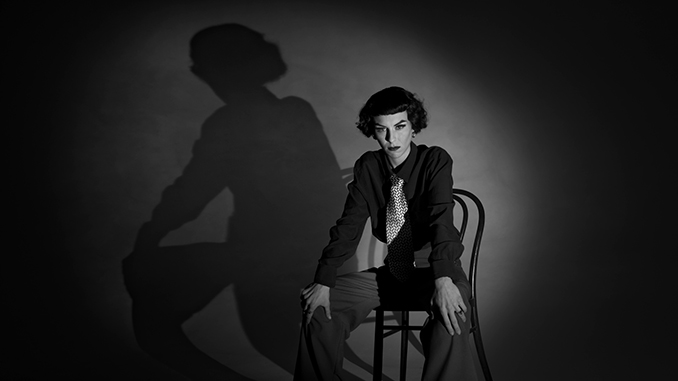 Rosaleen Norton regularly hit the headlines throughout the 50s. She worshipped the God Pan and practiced trances and sex magic, inspired by the work of occultist, artist and poet Aleister Crowley. Eventually the relentless scandals lead to the downfall of her high society lover, Sir Eugene Goossens.

In today’s new wave of feminism, Rosaleen’s story has never been more pertinent. Filmmaker Sonia Bible (Muriel Matters, Recipe For Murder) discovered Rosaleen Norton’s story when researching her first film, Recipe For Murder, about women who poisoned their husbands with rat poison in Sydney in the 1950s. Articles about Rosaleen kept popping up in the tabloid newspapers of the time.

“I was immediately struck by the bravery and sheer determination of Rosaleen Norton,” said Bible. “She was a wild, creative woman, decades ahead of her time. She never gave up her artistic pursuits, no matter how hard the authorities made it. I found that inspiring.”

The Witch of Kings Cross celebrates Rosaleen’s fierce individualism, returns her iconic but underappreciated visual art to the spotlight and reveals the classic references, including music, that inspired her.

“The film is a moving exhibition of the rare and extraordinary art and artefacts that we have unearthed and documented over the years,” says Bible. “For some, I hope it will be a window into the world of an uncelebrated genius. Forty years after her death, it’s time to unleash Rosaleen Norton’s work into the world.”

Image: Kate Elizabeth Laxton as Rosaleen in The Witch of Kings Cross (supplied)