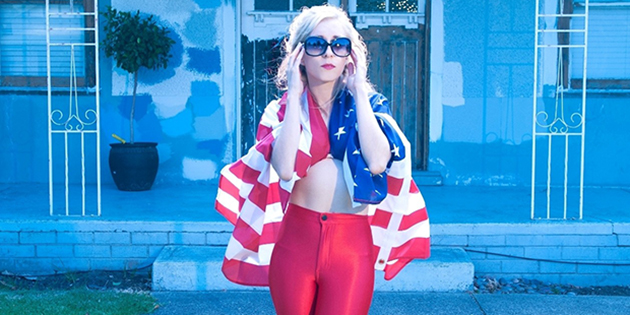 An acidic satire about class, incest, innocence, and mental illness in the vain of Douglas Sirk’s 1950’s melodramas, lauded company Little Ones Theatre present Wendy MacLeod’s The House of Yes at Theatre Works for a limited season from 27 November.

Jackie-O Pascal is obsessed with the 1962 Kennedy assassination, frequently re-enacting the moment of his death for her own deluded amusement. She is also madly in love with her twin brother.

In Wendy MacLeod’s obsidian-black comedy The House of Yes, The Pascals, for whom the clock stopped with the Kennedy assasination, are shut in as a hurricane swirls outside. Arriving ahead of the storm’s eye are Jackie-O’s twin brother, Marty and his fiancee Lesly.

The obsessive Jackie is keen to renew her long-running incestuous affair with Marty, which is fine by the mother, who’s still lamenting her husband’s desertion, and by puppyish younger brother Anthony who immediately desires Lesly.

The resulting battle over Marty becomes something of a class struggle between the Pascals’ poetic insanity and Lesly’s plebian pragmatism. Will Jackie O and her beloved be reunited? Or will it all end in the same bloody mess created by one gunman on a grassy knoll?

Given the signature Little One’s treatment, The House of Yes will ensure a visual and comedic treat of the highest calibre.

Image: courtesy of Little Ones Theatre