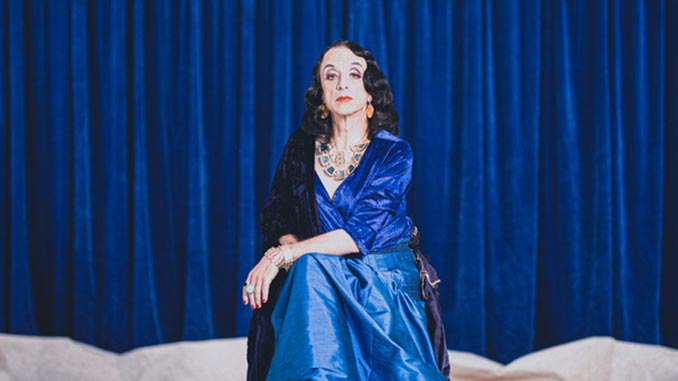 Adelaide-based Brink Productions presents a thrilling reimagining of Thornton Wilder’s 1927 Pulitzer-winning novel, The Bridge of San Luis Rey, to the stage from 9 – 24 July 2021 in the Space Theatre – Adelaide Festival Centre.

The Bridge of San Luis Rey is in association with and co-commissioned by the Adelaide Festival Centre’s Adelaide Guitar Festival for their 2021 program and is part of the State Theatre Company’s 2021 Stateside season.

Adapted for the stage by Phillip Kavanagh and directed by Chris Drummond, The Bridge of San Luis Rey is a work of contemporary performance with Brink Productions bringing their unique theatricality to a daisy chain of stories and coincidence that leads five strangers to meet their fate.

Creating an allegorical world outside his own time and place, Wilder set his intertwining stories in the mystical and imagined city of Lima. And just as his novel is anchored in the theatre, so the theatre anchors Brink’s adaptation.

In an extraordinary act of theatrical shamanism, the incomparable Paul Capsis inhabits the role of Camila Perichole, the greatest actress of her age; a formidable woman of intense charisma, soaring ambition and prodigious appetites, she draws the audience into our epic narrative, ultimately revealing her own heartbreaking story.

The Perichole is a role written for Capsis. The Perichole performs for the crowd night after night; they know her and love her. This tone infuses his performance with a wicked sense of humour, the complicity and mutual affection between audience and performer showcasing one of Australia’s most mercurial talents.

Together they bring their breathtaking virtuosity to infuse the world with the heat and sweat of Latin American music, transporting us across oceans and time and into a communion with the Fates.

“It’s going to be a wondrous thing for audiences to be in the intoxicating presence of Paul Capsis, Slava Grigoryan and Manus Noble as they weave their theatrical and musical magic,” said Artistic Director Chris Drummond.

“The Bridge of San Luis Rey is an incredible fusion of worlds colliding – exotic characters, sweeping sagas, conspiracy, outrage and passion; it’s all wickedly transgressive, hysterically funny and deeply moving with its profound insight into the nature of humanity, mortality and love.”

“I’m thrilled about our involvement with the theatrical adaptation of The Bridge of San Luis Rey by Thornton Wilder,” added Adelaide’s Guitar Festival Artistic Director Slava Grigoryan. “Chris Drummond and the whole team at Brink have been brilliant to work with and Paul Capsis is a simply extraordinary artist.

“I can’t wait to share the stage with him and Manus Noble in this very exciting venture. As the Artistic Director of the Adelaide Guitar Festival I’m very proud to have this premiere as part of our 2021 edition.”