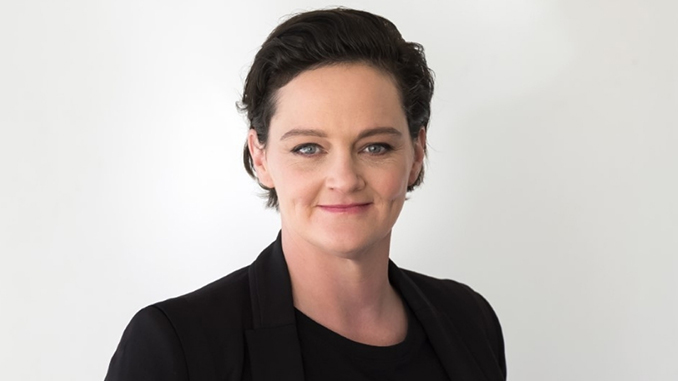 The Board of Sydney WorldPride 2023 is proud to announce the appointment of Kate Wickett as CEO.

Board Chair Damien Hodgkinson (He/Him) said he was proud to announce the appointment of Kate Wickett (She/Her) to the role of CEO Sydney WorldPride.

“Ms Wickett brings a range of diverse experience working across the corporate, government and not-for-profit sectors. She has almost two decades of experience working in a volunteer capacity to promote the local and global Pride movement,” he said.

“Ms Wickett worked tirelessly at Sydney Gay and Lesbian Mardi Gras to spearhead the successful bid process for Sydney WorldPride 2023. Since securing the win in 2019 she has been the Sydney WorldPride Interim CEO, leading the establishment of the organisation.”

“The board was impressed by the quality of diverse applicants for the role and the breadth of the talent, an affirming recognition of the esteem in which this important LGBTQI+ festival is held.”

“On behalf of the board I congratulate Ms Wickett and know that together with the Sydney WorldPride team and the Sydney LGBTIQ+ community they will deliver an unforgettable WorldPride in 2023.” said Mr Hodgkinson.

Kate Wickett studied law and began her career in various legal roles including a one year appointment as Associate to Supreme Court Justice Steven Bailey (NT), and legal positions at Maddocks, Buchanan Group, and Port of Melbourne Corp.

While completing a Master in Business Administration, Kate lectured at University of Melbourne and was a director of Midsumma Festival for just over three years. From there, her career pivoted into corporate leadership including as Partner for Aurecon (NSW and Victoria).

She was appointed Project Director for the transformative NSW Government Future Transport project. Kate was then appointed Head of Change and Communications, Better Risk Outcomes Program with Commonwealth Bank.

Kate was co-chair of the Sydney Gay and Lesbian Mardi Gras board before stepping down to head up Sydney WorldPride. Her devotion to the LGBTIQ+ community is equalled only by the value she brings to it.

Kate has been volunteering for LGBTIQ+ organisations for over 20 years. An outstanding leader, creative thinker, tireless worker, and compassionate human being.

“I am thrilled to be working with such a committed, creative and inspiring team at Sydney WorldPride. This legacy festival will enable all parts of our LGBTIQ+ community to be seen, heard and celebrate together,” said Ms Wickett.

“As a lesbian, it is so important for me to role model visible inclusive leadership, and to encourage more of those from within our communities who haven’t played a leadership role to pursue leadership roles.”

Sydney WorldPride 2023 will combine the Sydney Gay and Lesbian Mardi Gras with a series of new and exciting events, including a Human Rights Conference, a Pride March across the Sydney Harbour Bridge, First Nations Gatherings and Celebrations, Opening and Closing Ceremonies, Bondi Beach Party and many more events and celebrations.