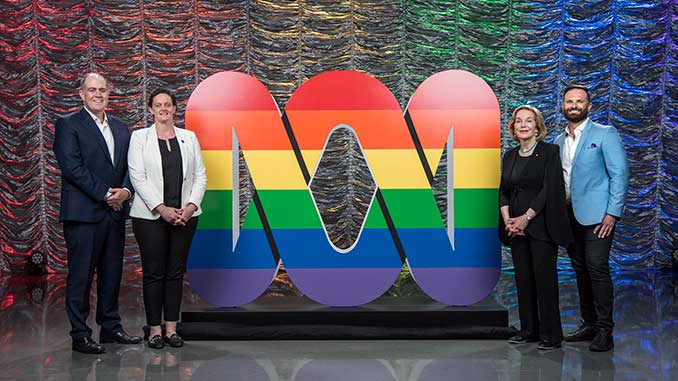 The Sydney Gay and Lesbian Mardi Gras Parade will be broadcast on ABC Radio and ABC Television from next year in a three-year deal announced today. The ABC has also been given broadcast rights to WorldPride, to be held in Sydney in February and March 2023.

ABC Managing Director, David Anderson said he was delighted the ABC would once again be host broadcaster of the Parade. “This is a homecoming for Mardi Gras,” he said. “The ABC was the first broadcaster to televise Sydney Mardi Gras in 1994.

“We’ve waited 28 years for it to return and from 2022 onwards, we will provide coverage of Mardi Gras that only the ABC can, without commercial interests,” said Mr Anderson.

The ABC has been given both the television and radio rights to the event until 2024, with triple j named as the host radio broadcaster.

“It is important that wherever you are in Australia, you have the opportunity to take part in this significant cultural event and can celebrate the diversity that exists in Australian communities,” said Mr Anderson. “For us to be able to reflect Australia’s LGBTQI+ community to themselves and to the whole country is incredibly important.”

The Mardi Gras Parade will be broadcast on the ABC’s Main Channel, ABC iview and on ABC Australia on Saturday 5 March 2022 starting at 7.30pm live from the Sydney Cricket Ground. The ABC will also feature LGBTQI+ content on triple j, ABC iview, ABC Radio Sydney and local radio around the country and on ABCQueer.

“We’re thrilled to have the ABC join us as our broadcast partner for the next three years,” said Sydney Gay and Lesbian Mardi Gras CEO, Albert Kruger. “Our national broadcaster has been a longtime champion of LGBTQI+ communities, and we are proud to partner with such an icon of the Australian media landscape whose values and ethics align with our own.

We look forward to working alongside their talented and committed team to amplify the diverse voices of our LGBTQI+ communities, as well as share our stories with the rest of the country,” said Mr Kruger.

“When WorldPride comes to the Asia-Pacific in 2023, Australia’s national broadcaster is the ideal broadcasting partner to amplify our LGBTQI+ culture and community,” The CEO of WorldPride, Kate Wickett. “The Sydney Gay and Lesbian Mardi Gras, with Sydney WorldPride is coming home to where it belongs.”

“I would like to thank and acknowledge ABC Chair Ita Buttrose for her unwavering support and advocacy for our LGBTQI+ communities throughout the decades, in particular for taking a leading role as a national voice of health messaging during the AIDS crisis,” said Ms Wickett.

The ABC has long-championed on-air representation of the LGBTQI+ community in Australia.   In June 2020, the corporation released its Five-Year Plan reaffirming its commitment to LGBTQI+ Australians as part of its diversity strategy, including people from diverse cultural, geographical and Indigenous backgrounds, and people with disability.

In 2020 The ABC launched its first LGBTQI+ Instagram channel ABCQueer for young, queer Australians and earlier this year was awarded Gold Employer status at the Australian LGBTQ Inclusion Awards.

“Who else but the ABC can do justice to Mardi Gras?” said ABC Chair, Ita Buttrose. “The decision to first broadcast the Parade in 1994 paved the way for other media to cover the event and since then the ABC has been proud of its support of the LGBTQI+ community in Australia.”

“We are the natural home for Mardi Gras, no-one else can take this event to so many Australians in so many places and in so many ways,” said Ms Buttrose.