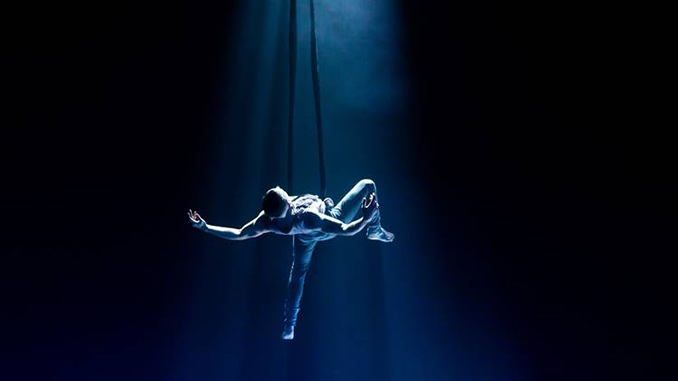 After an extensive risk planning process Sydney Fringe Festival, New South Wales’ largest independent arts festival, has announced the decision to cancel the 2021 festival that was set to be presented throughout the month of September.

With more than 1500 local artists and 40 venues impacted by the cancellation, Sydney Fringe has accelerated its ongoing advocacy work announcing two support initiatives for the independent arts community affected by the festival’s cancellation.

Sydney Fringe is working to secure critical new funding that will go directly to affected artists under the Create NSW Performing Arts COVID Support Package. In addition, Sydney Fringe has announced a new We’ll Fringe Again fundraising campaign, which asks the community to ‘buy a ticket’ to the cancelled festival to support local artists via a programming fund for their 2022 festival.

The fundraising campaign will be launched at a free live-streamed virtual event presented on Friday 6 August at 6.00pm via the Sydney Fringe website and Facebook page.

The digital event will showcase some of the programming planned for the 2021 festival, including performances by cabaret performer Alice Terry, comedian AJ Lamarque and dancer Lucky Lartey, and a discussion around the broader impacts this current lockdown is having on the community.

“We are absolutely devastated to be cancelling a second festival. The impacts of this pandemic continue to wreak havoc on our sector,” said Sydney Fringe Festival Director and CEO Kerri Glasscock.

“The resilience, passion, dedication, ingenuity and stoicism the independent arts community has shown over these past 18 months has been remarkable, and the quality of work they had produced for this year’s festival was exceptional despite all they had gone through.”

“It is an immense shame that Sydney will not get to see this program this year, and that the city will lose the vital cultural and economic impact the festival brings each year. Sydney Fringe has long been one of the leading advocacy voices for independent artists in NSW and this is where we will once again turn our attention,” said Glasscock.

The decision to cancel the 2021 Sydney Fringe Festival was made after the extension of the current Sydney lockdown into August made rehearsals impossible for the vast majority of the festival program along with the uncertainty around when performance venues will be able to reopen.

The Sydney Fringe places the safety of artists, staff and audiences above all else, and with 78% of Sydney Fringe audiences under 48 years of age and over 80% of artists under the age of 40, the risk that these groups would have low vaccination rates by September made the risk of performing live untenable.

The Sydney Fringe is working to secure funding for impacted artists to support them through the cancellation of the festival with the vast majority eligible for support under the NSW Government’s Performing Arts COVID Support Package, administered by Create NSW.

This funding will ensure that Sydney’s independent artists are safeguarded and that the impacts of the festival’s cancellation will be reduced on an already vulnerable community.

“The Sydney Fringe Festival is not only the largest independent arts festival in NSW but often the only opportunity many of our artists have annually to present original work and generate income, losing that opportunity two years in a row will have a devastating impact on our local independent arts sector,” said Glasscock.

“Our festival supports new work and new artists, it is a vital pipeline for the creation of local stories, developer for the local arts sector and commercial driver for the local community.”

“This funding is a lifeline for the artists and producers we work with who have previously slipped through the cracks of Government support, and will go a long way to ensuring that Sydney Fringe can return in strength in 2022 bringing with it the immense cultural and economic impact it generates.”

For more information about Sydney Fringe, visit: www.sydneyfringe.com for details.