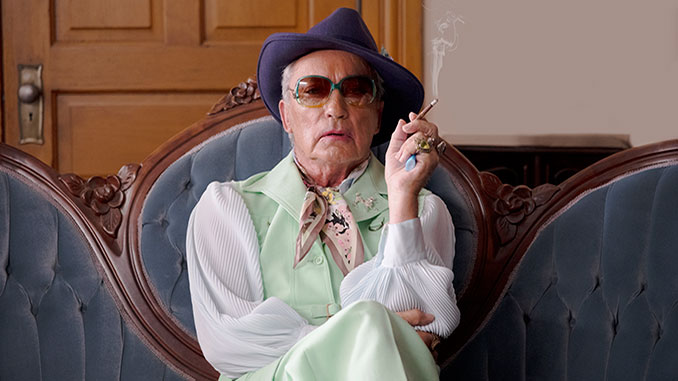 The Sydney Film Festival has announced a sneak peek of 22 new films to be featured in this year’s 18 – 29 August event. The announcement is in advance of the full program launch on Wednesday 21 July 2021.

“With this first look at our 2021 program we invite audiences back into cinemas to explore our times through film,” said Sydney Film Festival Director Nashen Moodley. “The global health crisis has taken a terrible toll on humanity and in many areas of life.”

“We may feel isolated, out of touch, and missing our global connections as we all face restrictions, and have been unable to travel beyond country borders for over a year.”

“This August we invite the audience to join us in discovering the important issues, people, places and phenomena motivating the world’s top filmmakers. To come together and share in their diverse experiences.”

“These first 22 films, revealed today, take us on a journey from Côte d’Ivoire to Kosovo, from Iran to Japan, to the frontlines of climate change and the battle for democracy in Hong Kong. They take us into the future and the wild fantasy beyond.”

“They will also warm your soul and make you laugh. They share deeply human, delicate tales about extraordinary people from very different walks of life.”

“From the inspiring Dalit women breaking stories and barriers at India’s only all-female news network, to back home for reflections on the legacies of some of Australia’s greatest cultural icons, these films are a taste of the incredible program of international and local cinema we have in store,” said Moodley.

Wash My Soul in the River’s Flow – an enthralling musical journey through love and country based around a fertile collaboration from 2004 between First Nation artists Archie Roach and the late Ruby Hunter, Paul Grabowsky and the Australian Art Orchestra. Members of the Stolen Generation, Roach and Hunter met at a Salvation Army drop-in centre. This film is the story of their lives as told through their music and lively yarns, celebrating country, culture, resilience and family.

Fashion revolutionaries Jenny Kee and Linda Jackson are another iconic Australian creative duo honoured in this year’s SFF program with Step into Paradise, directed by AACTA and BAFTA-nominated filmmaker Amanda Blue. The film is a vibrant and passionate true story of the pair’s enduring friendship and game-changing collaboration.

Starring in a very different role, Australian screen icon Essie Davis AKA Miss Fisher (Miss Fisher’s Murder Mysteries; The Babadook, SFF 2019) shines as a single mother battling the system and her troubled past in The Justice of Bunny King, together with New Zealand’s Thomasin McKenzie (Jojo Rabbit, 2019).

Canada-New Zealand production Night Raiders is a tale of Indigenous resistance set in a dystopian future where children have become the property of the state. Directed by Cree/Métis woman Danis Goulet and executive produced by Taika Waititi (What We Do in the Shadows, SFF 2014), the film uses sci-fi to shine a light on the experiences of First Nations peoples around the world.

And the infamous 148-tweet thread from A’Ziah “Zola” King, which broke the internet in 2015, is faithfully chronicled in girl gaze stripper saga Zola, nominated for a Sundance Grand Jury Prize in 2020.

Australian Director Eddie Martin (All This Mayhem, SFF 2014) revisits the cast of Larry Clark’s notorious indie cult classic Kids twenty-six years after its original release in The Kids, providing a snapshot of the lives of the cast members who didn’t hit the big time.

In Memory Box, nominated for the 2021 Berlinale Golden Bear, two of the biggest filmmakers in contemporary Lebanese cinema, the award-winning team Joana Hadjithomas and Khalil Joreige (A Perfect Day, SFF 2006), meditate on the role memory plays in shaping our lives.

The sneak peek also contains some heavy-hitting documentaries, including one of the most complete accounts of the Hong Kong pro-democracy protests to date, in the thrilling and courageous film When a City Rises, directed by seven filmmakers and following four different protestors as they fight for their last chance at a democratic future.

And multi-award-winning director Jennifer Abbott (The Corporation, SFF 2004) brings potent stories from the frontlines of climate change in The Magnitude of All Things, as she travels the globe capturing a planet in crisis, featuring Greta Thunberg and many other vital activists.

2020 Berlinale Golden Bear winner There Is No Evil from banned Iranian filmmaker Mohammad Rasoulof (A Man of Integrity, SFF 2017) is a powerful take on the death penalty and its impact on Iranian society.

And Sundance 2021 Special Jury and Audience Awards winner Writing With Fire: an inspiring documentary about the trailblazing journalists behind India’s all-female news network Khabar Lahariya, and their tenacious grassroots reporting.

My Best Part is the directorial debut from French actor Nicolas Maury (Call My Agent!), who stars as a highly-strung actor, alongside French icon Nathalie Baye, as his doting mother. The hilarious and bittersweet tale was part of Cannes Film Festival’s Official Selection, and Toronto International Film Festival, both in 2020.

Multi-award-winning director Christian Petzold’s (Phoenix, SFF 2015; Transit, SFF 2018) Undine, starring Paula Beer (Never Look Away, SFF 2019), and Franz Rogowski (Victoria, SFF 2015), combines romance and the supernatural in a European fable about a water nymph who must kill her lover if he betrays her.

From West Africa’s Côte d’Ivoire, Philippe Lacôte’s multiple (11) international award-winning drama, Night of the Kings has been a major festival hit including at Venice and Toronto. The film blends myth, ritual, magic and politics as a young prisoner tells an epic story to make it through the night.

The first of this year’s Family Films is The Ape Star – an offbeat animated film about outsiders and unconventional love adapted from Frida Nilsson’s award-winning novel and directed by Sweden’s Linda Hambäck. The film features stellar voice performances from Pernilla August (Star Wars) and Stellan Skarsgård (In Order of Disappearance, SFF 2014; Thor).

The 68th Sydney Film Festival runs 18 – 29 August. The full program will be announced on Wednesday 21 July 2021. For more information, visit: www.sff.org.au for details.