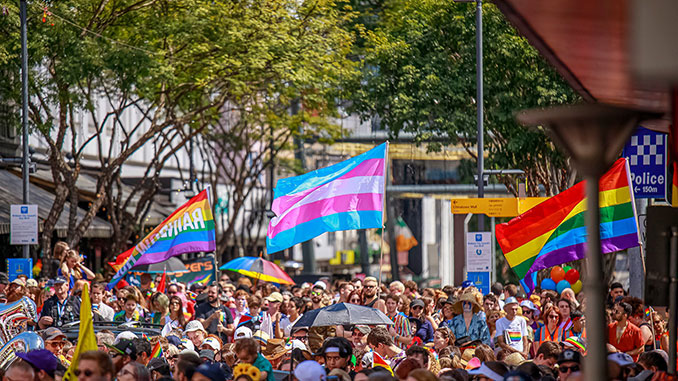 On Tuesday 24 August 2021, the Committee of Brisbane Pride Incorporated decided to allow Queensland Police Officers to march in this year’s Brisbane Pride Festival Rally and March. We have requested that Officers not march in uniform.

For many years Pride has supported the inclusion of Queensland Police Service in the Rally and March, and this will remain the case. We supported police inclusion because we do believe that engagement is the best way to make meaningful change and we wanted to support serving LGBTIQ+ officers.

We acknowledge that progress has been made to change the culture and behaviours of the Queensland Police Service. But that change has been inconsistent and at times there has been seemingly little or no accountability for the homophobia, transphobia and discrimination against LGBTIQ+ people that remains.

Secondly, we also remain concerned about what we perceive as escalating levels of homophobia. This year we became aware of an investigation into Queensland Police Officers after sexist, racist and homophobic social media posts. While we are grateful for the condemnation by the Police Commissioner of those individuals involved and launching of an investigation, this incident remains of great concern to us and the broader LGBTIQ+ community, not only in Brisbane but throughout Queensland.

As a unique LGBTIQ+ community organisation with 30 years of history, we have a responsibility to ensure that those ageing and growing older, who have experienced Queensland Police Service brutality and homophobic behaviours hear a strong acknowledgement of just how wrong this was and still is in 2021. We also have a responsibility to current and future generations to ensure they have a fair, safe and effective law and justice system that doesn’t discriminate, guarantees civil rights and is accountable to the diverse community that it serves.

The request on uniforms is intended as an invitation to the Queensland Police Service to acknowledge their harm and to correct course moving forward, in hopes of making an impactful change. Brisbane Pride is an organisation that is continually open to dialogue, and our aim is to hopefully find a way for officers to once again march in uniform but we as a community need to see progress and accountability from the Queensland Police Service.

Brisbane Pride remains committed to updating the community on these issues and to reviewing our decision on uniforms in time for the 2022 Rally and March.

Yours in Pride,
Brisbane Pride Committee