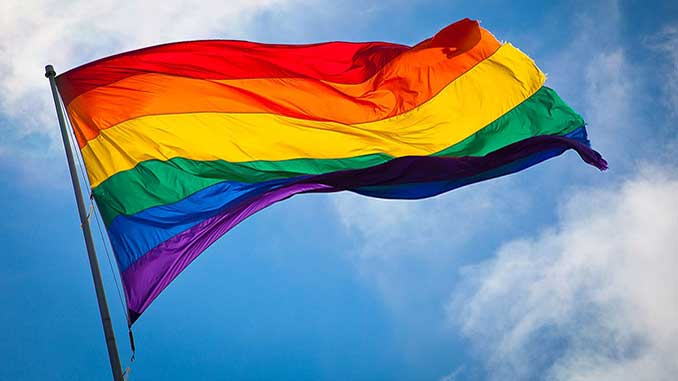 A Special Commission of Inquiry into LGBTIQ Hate Crimes in NSW is to provide hope to grieving families and loved ones for answers about crimes that have gone unsolved in some cases for more than half a century.

On the recommendation of Premier Dominic Perrottet, Her Excellency, the Honourable Margaret Beazley, Governor of NSW, has signed Letters Patent that will establish an Inquiry into LGBTIQ hate crimes and appoint the Honourable Justice John Sackar as its Commissioner.

The Inquiry will be tasked with inquiring into the manner and cause of death in all unsolved suspected hate crime deaths in New South Wales between 1970 and 2010, where the victim was a member of the LGBTIQ community and the death was the subject of a previous investigation by the NSW Police Force.

The Inquiry will also examine the manner and cause of death in all cases that remain unsolved from the 88 deaths or suspected deaths considered by Strike Force Parrabell.

“These unsolved deaths have left loving families without answers for too long,” Mr Perrottet said. “This Inquiry provides an opportunity to focus further scrutiny on suspected hate crimes, and under the leadership of Justice Sackar will work to close a dark chapter of our state’s history that has left an indelible mark.”

“Justice Sackar is a respected and experienced Judge of the Supreme Court of New South Wales and will bring expertise to this significant role.”

Establishing a judicial inquiry or other form of expert review was a key recommendation of the final report of the Legislative Council’s Standing Committee on Social Issues Inquiry into Gay and Transgender hate crimes between 1970 and 2010, tabled in May 2021.

The Commissioner will have regard to findings of previous inquiries and reports, including the AIDS Council of New South Wales report, In Pursuit of Truth and Justice.

Attorney General Mark Speakman said that Justice Sackar will have the power to hold hearings, summons witnesses, and inspect documents.

“A Special Commission of Inquiry is a powerful investigative tool to look for answers for which many have been waiting decades. No one should have to suffer the distress of not knowing what happened to someone they love,” said Mr Speakman.

Chair of the Legislative Council Inquiry Shayne Mallard said establishing the Special Commission of Inquiry is an important step forward.

“These suspected crimes may have occurred decades ago but for those close to the victims, the scars and the pain still linger,” said Mr Mallard. “Members of our LGBTIQ community have suffered grave injustices that were not acceptable in the past and are certainly not acceptable now.

“This Inquiry will be painful, bringing some awful incidents back into the spotlight, but it is an important process to right past wrongs.”

Member for Sydney Alex Greenwich welcomed the establishment of the Special Commission of Inquiry. “I am heartened to see the Inquiry established and underway. For too long the LGBTIQ lives lost during this terrible period have not received the justice they deserve,” he said.

“It’s my hope that this judicial inquiry will provide some closure for the friends, family, and communities of those who were victims of brutal and cowardly attacks and help ensure that dark time is never repeated,” said Mr Greenwich.

The announcement of the inquiry has been welcomed by NSW’s leading LGBTQ health organisation, ACON.

“For decades, sexuality and gender diverse people in NSW were subjected to horrific hate crimes. This epidemic of violence, along with the slow and inadequate responses to many of these crimes, have left a painful legacy for the loved ones of victims, survivors, their families, and the broader community,” said Nicolas Parkhill, ACON CEO.

“Significant questions remain, and they cannot be allowed to persist unanswered because evidence and memory have been lost. Many of the survivors and the perpetrators may not be with us for much longer.”

“It will be imperative that the Commission has strong powers to compel witnesses, follow up on leads, and investigate the suspected involvement of police in some of the acts of reported violence,” said Mr Parkhill.

Justice Sackar will deliver a final report to the Governor on or before 30 June 2023. For more information, visit: www.dpc.nsw.gov.au for details.