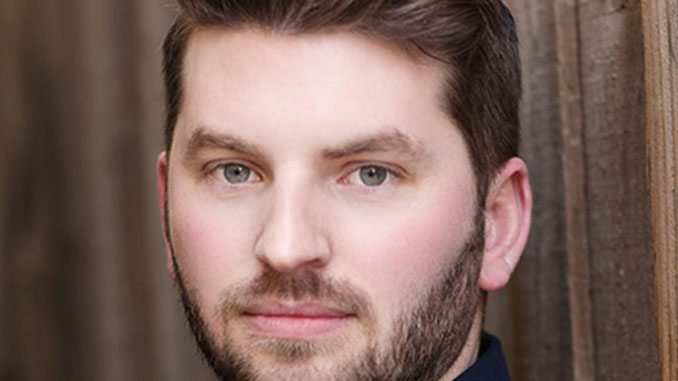 Gasworks and Midsumma have announced Rory Godbold as the Winner of the 2022 Queer Playwriting Award for his play, CROSS.

“We congratulate all of the playwrights, directors, and actors who have taken part in QPAS 2022,” said Marisa Cesario, Programming Coordinator – Gasworks Arts Park. “This year’s cohort have presented work of an exceptional standard, and should be immensely proud.

“We look forward to continuing conversations with this year’s shortlisted playwrights to support further development through various pathways,” said Cesario.

Drawing from his own experiences as a teacher, Rory has concerns about our government’s support for religious freedoms that allow discriminatory behaviour in the workplace and in classrooms. And so, like any good creative, Rory has written a play about it.

Set in a suburban catholic school, CROSS engages with the stigma attached to sexuality within schools and the teaching profession. The central character, Jasper, is a teacher who is gay. When Jasper’s colleague condones a homophobic slur made against him from a student, their lives begin to unravel.

Rory wrote CROSS in the wake of the marriage equality debate, where politicians encouraged divisive ‘free speech’, about our queer communities, which often had harmful effects that overshadowed the positive ‘yes’ outcome.

In a similar way, CROSS explores the way institutional leadership and religion can feed discriminatory behaviour, with a focus on teachers and the development of students. Before you think that CROSS is a play designed to preach, Rory’s work welcomes audiences to take what they will from the play, and use it to inform their own opinions.

“We think this piece is timely, topical, and responded strongly to the QPAS criteria in terms of getting queer issues and voices on mainstream stages across Australia.”

“The selection panel, supported by audience feedback, was most impressed to see how considered and committed Rory was to taking on board feedback from the January readings during Midsumma Festival.”

“In the intervening weeks, Rory developed and reworked an extended excerpt that gave us great confidence in where the work is heading.”

“We look forward to our forthcoming collaboration with Rory in developing CROSS into a full production for public presentation at Gasworks during Midsumma Festival soon,” said Cesario.

Godbold is set to work alongside Gasworks and Midsumma over the next year to deliver a full work for Midsumma Festival audiences.

Applications for the 2023 Queer Playwriting Award will open in July 2022. The 2023 Midsumma Festival will run 22 January to 12 February. For more information, visit: www.midsumma.org.au for details.