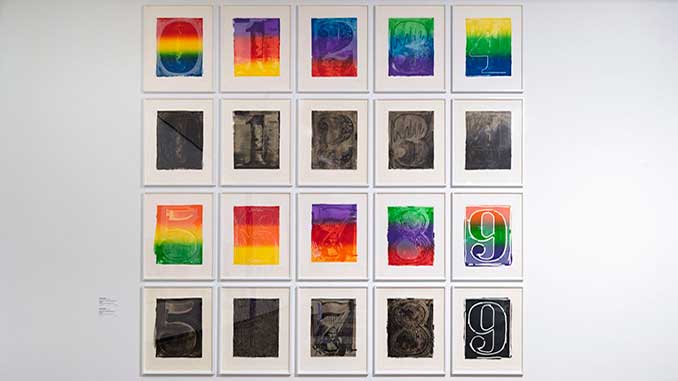 Rauschenberg & Johns: Significant Others – a new exhibition depicting one of North America’s most important artistic dialogues opens this weekend at Canberra’s National Gallery.

Significant Others reveals how – at the height of the Abstract expressionist movement – a new avant-garde began to materialise from the same-sex relationship between two young artists – Robert Rauschenberg and Jasper Johns.

During the homophobic 1950s, from their run-down New York studios, Rauschenberg and Johns began a private creative dialogue that introduced everyday signs, objects, and media into their work, collapsing the distinction between art and life.

Together from 1953 to 1961, when same-sex relationships were illegal in the United States, the couple was forced to navigate their expression of their sexuality within a society that didn’t accept them.

Their work will be displayed alongside key works by their predecessors and contemporaries such as Marcel Duchamp and René Magritte. The exhibition highlights how Rauschenberg and Johns expanded on ideas developed through their private discourse, influencing each artist beyond their relationship.

At the time, New York’s artistic culture was focused on Abstract expressionism which was often framed as an exposure of the self and subconscious. Defying the trending theme and mindful of their personal circumstances, both Rauschenberg and Johns claimed their art was not about themselves and did not reflect their personalities.

“The success of both Rauschenberg and Johns is a result of them being an audience to each other. While their relationship would end after seven years, their art would continue to radiate the new ideas of their creative exchange,” said Greenhalgh.

Rauschenberg and Johns helped reshape American printmaking, working with the celebrated printmaker Kenneth Tyler to create ground-breaking works in lithography and screen-printing, as seen in the exhibition.