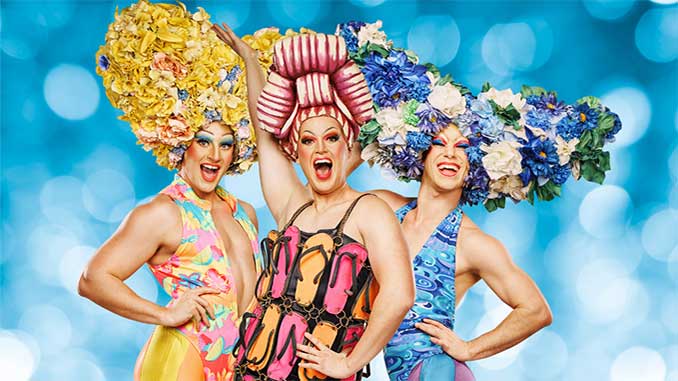 Promising this will be his biggest and best musical to date, everyone’s favourite Aussie musical, Priscilla Queen of the Desert is heading to The Star Gold Coast this July in a new production from Matt Ward Productions.

Based on Stephan Elliott’s Oscar-winning film, Priscilla is the hilarious adventure of three friends who hop aboard a battered old bus bound for Alice Springs to put on the show of a lifetime. Their epic journey is a heartwarming story of self-discovery, sassiness and acceptance.

With direction by Helpmann Award nominee Trevor Ashley, choreography by internationally renowned Anthony Ikin and musical direction by David Piper, more than 300 dazzling and unforgettable costumes will come to life on stage.

Producer Matt Ward secured the iconic and tightly held wardrobe designed by Tim Chappel for the original film. They harbour many stories, including a failed experiment with a frock made of Vegemite toast and pom poms produced using prison labour.

A worldwide hit, Priscilla marked a pivotal point for the LGBTQIA+ community in 1994, the original film introducing positive representative themes to a mainstream audience. The musical’s representative casting emerged following an extensive nationwide talent search aimed at securing the best performers for the roles and celebrating diversity.

In a world-first for a theatre production, a transgender actor will play the lead role. Yvonne Britian, known by her stage name Vonni, will play Priscilla’s lead character Bernadette Bassinger, a role previously played by cisgender male actors until now.

Former Les Girl, Carlotta, Australian cabaret performer and television celebrity makes a special guest appearance in this production. They are joined by a stellar ensemble who will bring this hilarious and heartwarming musical to the stage.

Priscilla Queen of the Desert features a non-stop hit parade of dance floor classics including It’s Raining Men, I Will Survive and I Love The Nightlife, which will have the audience singing long after leaving the theatre.