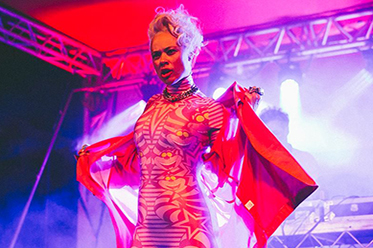 Pride WA thanks everyone who participated in the PRIDE PARADE and CELEBRATION on Saturday, particularly those who volunteered their time, marched in the PARADE or bought a ticket to CELEBRATION.

The weekend’s festivities represented the start of a big process of change for Pride WA.  We are greatly encouraged by the support we received and the positive feedback since.  We are also mindful that some people prefer the former night-time format of the PARADE, and that there are a number of improvements we could make to CELEBRATION to make it even better.

What struck us on the weekend was the number of smiling faces we saw.  The number of people who told us how positive they found the vibe.  The people who said that they were pleased to have quality Pride WA events to attend.

Like all of us, we would like to see more participants in the PARADE, and we would like to see the massive crowds the event used to attract years ago.  The truth is, participation in the PARADE, float quality and spectator numbers have been falling for about 10 years.  For many, the PARADE had become a negative representation of our community.  What we have started, this year, is a long-term strategy for addressing this.

By staging the PARADE during the day, we aimed to send a positive message about LGBTI Western Australians – that we live our lives in full sunlight, in every aspect of society, not just in the clubs and pubs of night-time Northbridge.  We want to make the event accessible and enjoyable by people of all ages, and of all backgrounds

This year, we piloted a float-building program, which saw some significant improvements in the content of the PARADE.  There is a long way to go, but our current and potential sponsors were impressed with this year’s content, and we plan to significantly expand and improve this program next year.

The expansion of the float-building program will also be greatly assisted by the success of CELEBRATION.  In addition to giving the 3,023 people who came through the gate a great time, CELEBRATION raised valuable funds for Pride WA – funds that we will reinvest in next year’s PARADE and other festival events for our community.

When the PARADE was at its peak, many years ago, it used to be followed by a dance party, which raised funds for Pride WA, that were then put back into the community through grants.

In recent years, Pride has not had its own independent post-PARADE fundraising event.  While funds raised by Connections Nightclub’s post-PARADE events, particularly following Pride’s last brush with insolvency in 2007, have been very important to keeping Pride afloat, the truth is Pride hasn’t had money to invest in the PARADE or other festival events, and was again facing windup at the end of last year.

The establishment of CELEBRATION again gives Pride WA the ability to support itself financially, as well as the ability to raise funds and invest in our community.  And CELEBRATION is only viable, if it is staged after the PARADE, during the day.

It is no surprise that this is the model that has been adopted by many successful LGBTI festival around the world.

The financial success of CELEBRATION will also give Pride WA the ability to mass-advertise the PARADE next year.  Ten months ago, Pride was again potentially insolvent.  This year, we directed our PARADE funding into professional event management and float-building.  Next year, we will seriously invest in marketing the PARADE to try and get the big crowds back.

Other things we are thinking about include the time of the daytime PARADE.  Should it be staged later in the afternoon?  Should it be on Sunday?  Should we have water stations along the PARADE route?  Should we have DJs and shows amping the crowd near the Brass Monkey, before the event? Which other community groups can we get to participate, given there are now fewer LGBTI community groups than there used to be?  What can we learn from other daytime parades around WA and the world?

We are also always discussing the time of year we should be staging our events.  This year, we had the wettest September on record and, if we had staged the PARADE and CELEBRATION on the Queen’s Birthday long weekend, it would have been washed out.  The weather on the day will never please everybody, but the financial risk of a washout to Pride WA is enormous, and staging outdoor events in the increasingly wet early months of spring is no longer a responsible option.

So, we are actively thinking through all of these issues for next year, and we are doing so with the best interests of our 24-year-old organisation, and the community we serve, at heart.  At the start of this year, we were faced with the decision as to whether to wind Pride up, or make changes to ensure the organisation had a future.

We chose the latter and have been working furiously.  However, it won’t happen overnight.  Sponsorship relationships take time to build.  Credibility and trust take years to re-establish.  New events take time to become part of our culture.  Strategy takes time to implement.

As a result of the work we have done this year, and the positive experience of most on the weekend, we are now in the position of having the financial resources we need to take a huge step forward next year.  We encourage everyone with concerns over the new format to reserve judgment until you see what is possible by a properly resourced Pride WA.

If you would like to have your say on the future direction of Pride WA and the events we stage, we encourage you to participate in the Strategic Review process we have just launched.  Funded by Lotterywest, the review aims to identify Pride WA’s future purpose, as well as developing a viable organisational structure and business model, to ensure we can deliver well into the future.

For more information or to complete PrideWA’s online survey, visit: www.pridewa.asn.au for details.