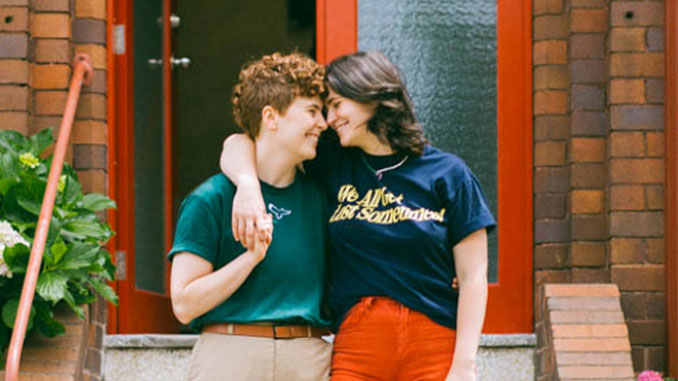 Showcasing positive representations of the diverse range of relationships that exist in LGBTQ communities, and promoting what healthy relationships can look like, are the focus of a new Australian-first campaign from NSW’s leading LGBTQ health organisation, ACON.

Launched to coincide with this year’s Human Rights Day, At the Front Door is a campaign that seeks to address the drivers of, and the social conditions and attitudes that contribute to, intimate partner and sexual violence.

Produced by ACON’s national domestic and family violence platform Say It Out Loud, the campaign comprises a series of films featuring LGBTQ people from around the country, opening up about their relationships to help inspire healthier practices, improve relationships and overall wellbeing, and foster a sense of resilience within LGBTQ relationships.

“It is significant that on Human Rights Day we launch this Say It Out Loud campaign that celebrates the depth and diversity of healthy LGBTQ relationships,” said ACON CEO Nicolas Parkhill.

“As ‘16 Days of Activism’ draws to a close, it is important that we acknowledge that many LGBTQ people are in happy, healthy relationships, and that relationship role modelling is an important aspect to preventing sexual, domestic and family violence in our communities.”

At the Front Door is aimed to reach out to people within LGBTQ communities who have previously been left out of mainstream domestic and family violence prevention campaigns, with a focus on how particular forms of discrimination, marginalisation and violence directed toward LGBTQ people impact on community behaviour and attitudes.

“Through this campaign, we hope LGBTQ people will be able to connect and relate to experiences of what healthy relationships can look like, as well as those community members whose relationships may have problematic elements,” said Parkhill.

“Being able to connect with the very real experiences shared by the film’s participants can be a critical factor in reducing risk and increasing protective factors for LGBTQ people.”

“Having accessible role models who are affirming of the diverse range of relationships that exist in our communities, will show LGBTQ people positive perceptions and behaviours that support them in understanding their own relationships and drive them to create their own healthier practices,” he added.

The film – the first in a series of films – can be seen across ACON social media platforms as well as ACON’s national domestic and family violence website Say It Out Loud (sayitoutloud.org.au).

Further films from At the Front Door will be launched in February 2022. For more information, visit: www.sayitoutloud.org.au for details.