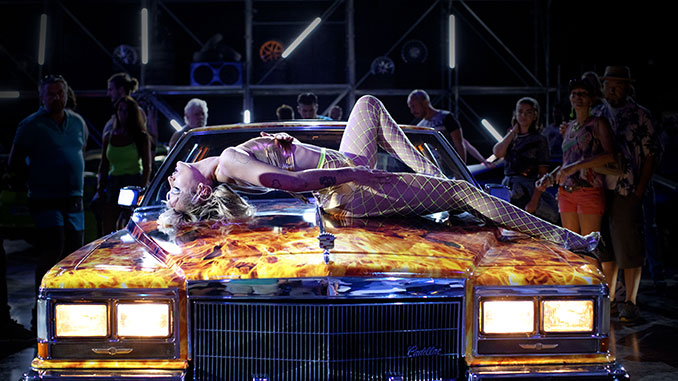 The Melbourne International Film Festival (MIFF) has responded to the evolving COVID environment with the announcement that its hybrid festival will change the order of its program to maximise both in-cinema and online opportunities for its audience.

Originally due to screen in cinemas for the first half of the festival and online for the second, MIFF will now bring forward the online program to run for the full duration of the festival from 5 – 22 August, while the in-cinema screenings will now commence later on 12 August.

Out of a desire to match audience demand for in-cinema screenings with available capacities, the festival’s shift of dates aims to allow for as many people as possible to safely experience the festival’s slate of film experiences, including world premieres, Australian premieres and special events.

In welcome news for cinephiles across the country, MIFF Play – the festival’s online streaming platform – will now beam into lounge rooms nationwide for the duration of the festival.

With 62 films already announced that can be accessed in all states across Australia from Friday 6 August, the online program will also be augmented over MIFF’s festival run, with an expected 30 additional feature titles, and further short films to be added as well.

“In the midst of covid-era calamity, constraint and complication, MIFF keeps moving forward to meet audiences where they are, including those in lockdown currently,” said Artistic Director Al Cossar. “Our whole festival team is working extremely hard to ensure that we can create and sustain as many opportunities for audiences to be a part of the festival this year as possible.”

“We are determined to share our wonderful program, and the work of so many incredible filmmakers, with audiences – through moving our entire schedule to make the most in-cinema screenings for the largest audience possible, utilising large capacity venues such as the Coburg Drive In, and expanding MIFF Play’s digital festival season, so that audiences anywhere in Australia can make MIFF happen, even in 2021.”

CODA – Siân Heder’s tender coming of age story – will now launch the festival’s digital season on 5 August. The transfixing story of a CODA (a child of deaf parents), the film explores the fraught ties between deaf and hearing communities through a young girl pursuing a passion in music, despite her parents’ inability to participate.

The film premiered at Sundance, where it won four awards, including a Grand Jury Prize and Audience Award, as well as making headlines for becoming the biggest film acquisition in the history of the festival.

Leah Purcell’s The Drover’s Wife The Legend of Molly Johnson will remain MIFF’s Opening Night Gala, premiering instead on 12 August to mark the commencement of the festival’s in-cinema program.

In order to increase opening night capacities in the context of limits on gathering numbers, concurrent screenings of the highly anticipated film will now take place at The Astor in St Kilda; The Sun Theatre in Yarraville; Pentridge Cinema in Coburg; and Lido Cinema, Hawthorn as well as CBD venues.

Following this, Questlove’s highly anticipated Summer of Soul (…or, When the Revolution Could Not Be Televised) will premiere as the Centrepiece Gala on 19 August, with CBD screenings now expanding into Coburg Drive-in.

In an additional coup for Melbourne audiences, MIFF has secured a selection of extra titles, 4 of which screen direct from Cannes – including the Palme D’Or winning film Titane – adding to the already remarkable line-up of films out of the prestigious festival.

Hailed as “The most shocking film of 2021” – Titane astonished audiences at Cannes with its dark, twisted fantasy plot, lurid lighting and pounding music. The transgressive story follows a young girl with a titanium plate in her head who turns blood thirsty. Directed by Julia Ducournau (Raw), the film also marked the first female win of the top award since 1993.

Joachim Trier’s (Thelma; Oslo, August 31st) exquisite The Worst Person in the World is a wistful romantic comedy that tracks a restless woman as she tips over into her 30s and tries to make sense of who she wants to be and who she wants to be with. Renate Reinsve’s sublime performance won her the award for Best Actress at Cannes, with a film that reminds us of the genre’s life-affirming potential.

Thirty years after his dramatic feature JFK, prolific director Oliver Stone (Snowden; Wall Street) looks to set the record straight on what really happened in 1963 with JFK Revisited: Through the Looking Glass. Stone’s complex historic and global point of view is layered and nuanced in the riveting documentary, which is narrated by Donald Sutherland and Whoopi Goldberg and premiered at Cannes.

The first film from Bangladesh to officially screen at Cannes, Abdullah Mohammad Saad’s Rehana Maryam Noor received a prolonged standing ovation and wide critical acclaim at the festival. The film follows an assistant professor at a medical college, who witnesses a professor upset a student. She soon descends into obsession, seeking retribution in a quest for justice which pits her against the deeply embedded forces of patriarchy in Bangladeshi society.

For a decade, AIR Montserrat formed the backdrop to monumental events in music history including the break-up of The Police, the reunion of The Rolling Stones, and the reinvigoration of Paul McCartney after the tragic murder of John Lennon. After a decade of hits, and at the peak of its popularity, the studio was destroyed when the island was hit by a series of devastating natural disasters.

Through personal accounts and backed by a blistering soundtrack, Gracie Otto’s Under the Volcano is the definitive account of Sir George Martin’s studio at the end of the world, a place that generated a perfect storm of talent, technology and isolation, ushering in music that would live on long after the last tape rolled.

In addition to the extensive selection of films screening online and in cinema, MIFF has once again dedicated itself to curating a world-leading Extended Reality program, MIFF XR. The program will be available free, anywhere in the world, with no extra tech required.

Launching on 7 August, MIFF’s inaugural online gallery and home of XR experiences takes the form of an extraordinary digital render of The Capitol – RMIT, which can be easily accessed either via a VR headset or standard home computer.

With the generous support of filmmaker, artist and philanthropist Ling Ang, festival audiences will be able to meet, gather, mingle and converse in this iconic Melbourne cinema – no matter the COVID situation. Invite your loved ones on the other side of the world to join you at MIFF this year.

The 2021 Melbourne International Film Festival is online 5 – 22 August and in cinemas 12 – 22 August. For more information and the full program, visit: www.miff.com.au for details.