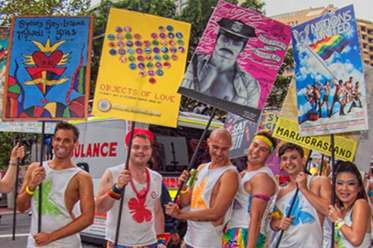 Sydney Gay and Lesbian Mardi Gras is set to post a loss of more than $170,000 for the 2014 season. The 2014 results were delivered at an extraordinary general meeting on Saturday 28 June.

The organisation is due to release its results for the financial year next month but has warned members it expects to post a loss in the order of $177,000. The major factor for this un-forecasted loss has been put down to ticket sales and fees this year were below budget by $526,000, $350,000 from the Party.

Mardi Gras has cited increased competition as a major factor with more local and international events in the market, compounded by not being able to secure preferred headline artists and being outpriced by other promoters. It also stated that in hindsight, ticket pricing was too high.

Despite the loss, Mardi Gras says it continues to be financially viable with reserves of $530,000 and will need to implement changes to its business model in order to survive, including its reliance on the Mardi Gras Party and exploring new revenue streams.