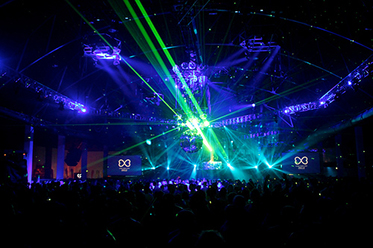 Whether you’re an all-night party-hardy, arts and culture connoisseur, out-of-towner visiting Sydney shores for the very first time, or an everyday local wanting to see the city in its most luminous form, Mardi Gras 2014 has it covered with an unmissable festival experience for all!

Kicking off the events calendar on Sunday 9 February 2014 will be Fair Day – one of the festival’s most-loved and highly anticipated community celebrations. More than 70,000 people will gather in Victoria Park with fantastic food, live music, roaming drag talent, community stalls, kids’ activities, and the world-famous DoggyWood dog show for pampered pooches!

A must-attend al-fresco experience for any festivalgoer who thrives on a casual boogie, cool cocktail and picturesque party surroundings, Harbour Party on Saturday 22 February is one of only two parties to be held on Sydney Harbour each year in one of the world best and most spectacular waterside venues!

Female icons, thought-leaders, frontrunners and innovators will go under the spotlight when Women Say Something: Dancing On The Ceiling (WSS) takes over Sydney Town Hall on Friday 28 February and celebrates the achievements of women from all communities in an evening of insightful dialogue, top-notch entertainment, engaging film, fine food and wine, lavish spectacle and inspiring stories.

Saturday 1 March will see the festival’s most famous and anticipated event kick off as the official Sydney Gay and Lesbian Mardi Gras hits Sydney streets. The centrepiece of the Mardi Gras season, the parade will bring thousands of festivalgoers together in a glittering display of outrageous floats, fabulous costumes, stunning designs and dance galore!

Following the parade will be the official Mardi Gras Party. With a piping hot lineup of DJs and musical acts from across the globe including Kim Ann Foxman, Dan Slater and Yo! M.A.F.I.A., the Mardi Gras Party will be the only place to be to keep celebrations kicking long into the night.

Rounding out the official festival program on Sunday 2 March will be the much-loved The Laneway event – a Mardi Gras institution that has provided the backdrop for decades of partying, fun and fabulousness!