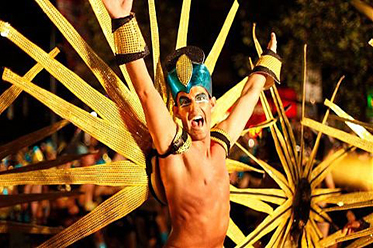 As the glitter settles on the 2014 Mardi Gras Festival, organisers have announced key dates as they plan for an even bigger, brighter and more inclusive Mardi Gras in 2015.

More dates will be announced as soon as they are available. For more information, visit: www.mardigras.org.au for details.