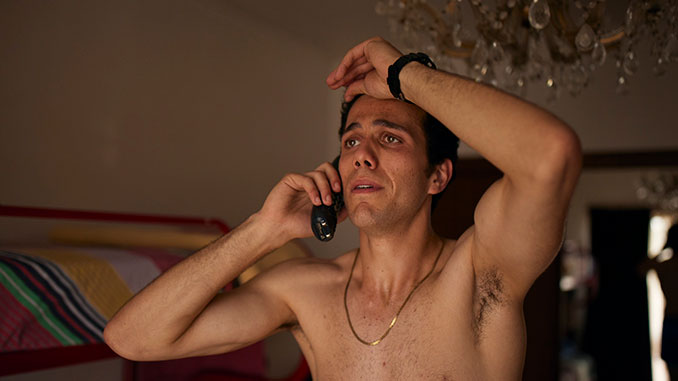 Storming back into cinemas for 18 days of action-packed-cinema, MIFF’s in-person program – the first since 2019 – will envelop Melbourne CBD with a series of special anniversary events, live gigs, immersive experiences, curated talks and even a Dolly Parton-themed party for the people.

For the first time in three years, MIFF will welcome guests from all over the globe, playing host to some of the world’s brightest and boldest filmmakers, who are here to showcase their films first-hand.

An Australian classic in the making, Goran Stolevski’s Of an Age will make its world premiere at the festival’s Opening Night Gala, with the film’s stars – Elias Anton, Thom Green and Hattie Hook – joining Stolevski for the red carpet event at Hamer Hall this evening.

A MIFF Accelerator Lab alumnus and rising star, Stolevski returns to his hometown of Melbourne for the film’s premiere having recently been named as one of Variety’s ‘10 Directors to Watch’ for 2022.

Supported by the MIFF Premiere Fund, Of an Age follows the brief but lingering romance between two young men over the course of one sweltering summer’s day in Melbourne in the late 1990s. Stolevski’s debut feature which premiered at Sundance earlier this year, You Won’t Be Alone is also included in the festival line-up.

“We are so thrilled, and so grateful, to return MIFF to Melbourne, in our 70th year – in what will be a true adventure across cinema, and a chance for artists and audiences to reconnect and celebrate after years of separation,” said MIFF Artistic Director, Al Cossar.

“In 2022, with programming happening across the CBD, suburbs, regional Victoria, as well as MIFF Play presenting festival highlights all across Australia, and our MIFF XR platform taking on the world, MIFF presents an evolution for the festival as much as a return – an extraordinary array of film and filmmakers poised and ready to bring the world on screen to our city, and far beyond,” said Cossar.

“MIFF is a beloved festival that has woven itself into the cultural fabric of Victoria over the past 70 years, captivating audiences across generations whilst showcasing the state’s dynamic film industry,” said Minister for Creative Industries, Steve Dimopoulos.

“This year is set to deliver another bumper program for Victorians, while the new $140,000 Bright Horizons Best Film Award will reinforce the festival’s leading role among top film events and showcase local talent on a global stage.”

“We’re investing in the future of Victoria’s screen industry to deliver growth, jobs and opportunities to our creative industries workforce,” said Minister Dimopoulos.

Presented by the University of Melbourne, the festival’s extensive Melbourne on Film retrospective will launch on 5 August with a special screening of Emma-Kate Croghan’s beloved romantic comedy, Love and Other Catastrophes at ACMI. In the weeks to come, a further 40-odd homegrown features and shorts from across Melbourne’s rich cinematic history are primed for rediscovery in cinemas, with a selection also available via the festival’s online streaming platform, MIFF Play.

The release of Black Inc.’s accompanying essay collection, Melbourne on Film: Cinema That Defines Our City, will be explored and celebrated the following day in an insightful discussion at the Wheeler Centre.

MIFF Programmer Kate Fitzpatrick will be joined by some of the iconic filmmakers and creatives behind films featured in the book, including award-winning producer Yael Bergman (Love and Other Catastrophes); legendary director Richard Lowenstein (Dogs in Space); and prolific director, producer and cinematographer David Parker (Malcolm).

Australian filmmaking talent is also on show over opening weekend with the heartwarming family documentary, Everybody’s Oma; the Canberra-shot horror-comedy, Sissy, starring Aisha Dee; and the Australian premiere of Bruce Gladwin and Back to Back Theatre’s Shadow which was award the Visions section’s Audience Award at this year’s SXSW.

MIFF Premiere Fund recipients, Because We Have Each Other by director Sari Braithwaite, and Volcano Man from debut filmmaker James Crawley, will also have their world premieres over the festival’s first weekend.

SPECIAL EVENTS
Over the course of MIFF’s 70th anniversary program, Melbourne will come alive with special events and celebratory programming, including the Australian premiere of the epic David Bowie documentary, Moonage Daydream at IMAX with director Brett Morgen in attendance; the very Melbourne pairing of Chopper and Mick Harvey for a live re-scoring event, Hear My Eyes; and a Dolly Parton-themed extravaganza to accompany a fun-filled Friday night screening of Gracie Otto’s Seriously Red at The Astor Theatre.

The lively MIFF Talks program, presented by University of Melbourne, will get underway with Franklin director Kasimir Burgess, and the documentary’s subject, Oliver Cassidy, discussing environmental activism on screen alongside Delikado director, Karl Malakunas at the Wheeler Centre. Later, Jessica Kiangan hosts an intimate masterclass with revered Mexican director Carlos Reygadas, whose revelatory and majestic films have made him a multiple Cannes winner and a leader in the industry.

And in an exclusive MIFF Ambassador screening on Sunday 7 August, acclaimed director Justin Kurzel (Nitram) presents a gem of Australian cinema, The Sound of One Hand Clapping, followed by an illuminating conversation with its director, Booker Prize-winning novelist Richard Flanagan and revered actor Essie Davis. MIFF Ambassador screenings are personal journeys through cinema, by incredible artists, that only happen at MIFF.

BRIGHT HORIZONS COMPETITION: JURY AND INNOVATION AWARD SHORTLIST ANNOUNCED
This year, for the first time MIFF is holding the prestigious Bright Horizons Competition. The $140,000 Bright Horizons Best Film Award, backed by the Victorian Government, will recognise bold directorial voices and emerging filmmakers. This new competition reinforces MIFF’s position among some of the top film events in the world.

The independent jury will award the flagship $140,000 Bright Horizons Best Film Award and The Blackmagic Design Australian Innovation Award of $70,000, which recognises an Australian filmmaking talent for their work – be it as director, creative lead or cinematographer – within a film screening at the festival.

The shortlist for the Blackmagic Design Australian Innovation Award was also announced today, with the following creatives recognised:

“Congratulations to all the nominees selected for the Blackmagic Design Australian Innovation Award and to the Melbourne International Film Festival for 70 years of supporting global and Australian filmmakers,” said Of the shortlist, Grant Petty, CEO, Blackmagic Design.

“What a huge honour it is to be sponsoring this award, which mirrors our own vision of constantly innovating to give every creative person the ability to use the best filmmaking technology regardless of budget,” said Mr Perry.

Winners of both prizes – along with the returning MIFF Audience Award – will be announced at the MIFF Awards Ceremony on 20 August at The Forum Melbourne, presented by Nicolas Feuillatte.

Image: Elias Anton in Of an Age (film still) – courtesy of of MIFF 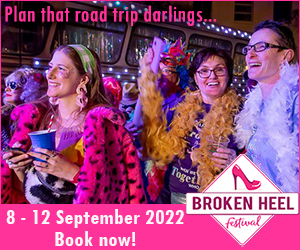