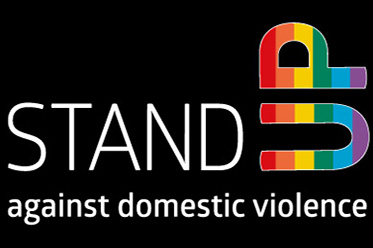 A new education campaign is encouraging people connected to the LGBTI community to take a stand against domestic and family violence (DFV).

Produced by ACON, the Stand Up Against Domestic Violence campaign is an initiative to inform, support and empower LGBTI people to act when they see the signs of domestic violence among their friends and in their community.

Funded by the Australian Government Department of Social Services and the City of Sydney, the campaign comprises a range of online resources and posters will appear in selected bus shelters across Sydney. The campaign can be viewed at www.anothercloset.com.au/stand-up.

Research from Private Lives A report on the health and wellbeing of GLBTI Australians, indicates that one in three LGBTI people experience DFV, which is similar to levels of DFV experienced by non-LGBTI women. The research shows LGBTI people are also less likely to identify it as DFV, seek support or find appropriate services that meet their specific needs.

A primary prevention strategy seeks to prevent violence before it occurs. Bystander intervention works to promote a cultural shift in a community’s thinking. It aims to stop/question/notice the incident before it happens, rather than provide a solution following an incident.

Many LGBTI people are unsure of what DFV looks like in our communities, are unsure what to do or feel afraid to do or say something when they see the signs of DFV,” says Nicolas Parkhill, ACON CEO.

“This campaign will help LGBTI people to recognise that we all have a role to play when we witness the signs of an unhealthy relationship among our friends and in our community.”

Superintendent Tony Crandell, the NSW Police corporate spokesperson for LGBTI issues says:There is significant under reporting of DFV incidents within the LGBTI community. ”

“People experiencing violence and control in LGBTIQ relationships often don’t recognise it as DFV. DFV has traditionally been seen as a heterosexual issue, making it less likely that LGBTI people seek legal and other assistance,” says ICLC Director Dan Stubbs.

“However, violence in LGBTI relationships is now being talked about more than ever before and people are increasingly seeking the support they need. There is definitely a long way to go, but this campaign is an important step forward.

For more information and to view the campaign, visit: www.anothercloset.com.au/stand-up for details.