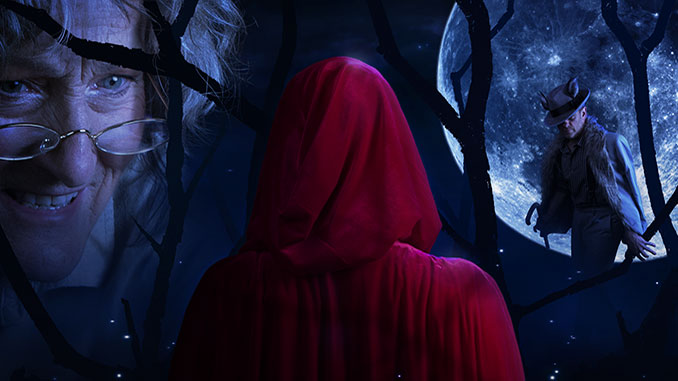 No one is alone. Acclaimed Sondheim repertory company, Watch This presents Stephen Sondheim and James Lapine’s epic fairytale about wishes, family and the choices we make, Into The Woods, at the Meat Market in January 2022.

In a small village fringed by a vast forest, Little Red Riding Hood, Cinderella, Rapunzel and Jack (and his beanstalk) wrestle with unknown curses, untold desires and unnamed danger. There’s no avoiding the dark and dissonant woods, into which they all must venture into to pursue their dreams and confront their demons.

As they bumble forth in blind pursuit of their own ends, their tales entangle and entwine until the consequences of their actions return to haunt them with disastrous results.

Inspired by Grimm Brother’s fairy tales, Into The Woods was nominated for 10 Tony Awards (including Best Original Score and Best Book) and 6 Olivier Awards in its debut seasons in New York and London, Into the Woods is Stephen Sondheim and James Lapine’s most famous and frequently revived work.

Collaborators, Artistic Director Melanie Hillman and Sonya Suares will co-direct and bring their unique directorial vision to the legendary musical. Their previous production together includes Sunday In The Park With George, which earned them a nomination for a Green Room Award for Best Direction for Music Theatre.

Watch This, Australia’s first company dedicated to performing works by legendary composer Stephen Sondheim burst onto the music theatre scene in 2013 with their debut production of Assassins, followed by sell-out seasons of Pacific Overtures, Company, Merrily We Roll Along, A Little Night Music and Sunday In The Park With George.

“Directors Dean Drieberg and Sonya Suares fashioned something marvellous with this year’s offering of Sondheim.” – Australian Arts Review ( Review: Sunday In The Park With George)

Image: Into The Woods – courtesy of Watch This