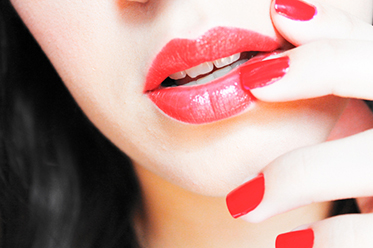 At first blush, the increased visibility of sexual minorities in popular culture would appear to reflect a growing openness and acceptance of non-heterosexual forms of sexuality.

Since the late 1990s, media portrayals of lesbian desire in particular have proliferated in works as diverse as Kissing Jessica Stein, Pretty Little Liars, Friends and The L-Word. This suggests a rising level of public comfort with women’s same-sex sexuality.

In recent years, the playful use of the term “girl crush” in pop culture to denote one woman’s admiration or respect for another woman seems to point to a greater ease with homosexual relations.

It looks like a taboo has been lifted – but is that actually the case? Well, no. Greater visibility of women’s same-sex desire on the surface resembles progress; peel back that surface layer and a considerable level of complexity emerges.

Read all about same-sex desire
By observing changes in the representation of women’s same-sex sexuality in women’s magazines over time, new parameters within which lesbian desire is socially sanctioned become apparent.

Women’s magazines, such as Cleo and Cosmopolitan in Australia, represent a unique space for discussions of sexuality. Such magazines employ an intimate, yet authoritative tone with their readers.

They are replete with sexual messages and advice, and they are frequently identified as key sites of sexual socialisation. Although magazine sales have certainly been affected by the rise of online media, in Australia both Cleo and Cosmopolitan have worked hard to integrate digital technology.

In a competitive, digital media landscape, women’s magazines must provide content that is relevant and appealing to their target demographic: young women and girls. As such, these magazines are both barometers of popular culture and conduits through which mainstream ideas and values are disseminated.

The rise of ‘lesbian chic’
In the 1990s, we saw a distinct shift in the way that Cleo and Cosmopolitan addressed women’s same-sex sexuality. The educative or factual coverage of lesbianism and bisexuality that characterised the magazines in the 1970s and 1980s gave way to a more sensational coverage of “lesbian chic”.

In an article from the October 1993 edition of Cleo, “lesbian chic”, or the phenomenon of “Ostensibly Heterosexual” women (often celebrities) dabbling in lesbian desire is described as “the new sexual revolution”. The magazine calls it the latest “fashion statement” – with “a gorgeous pouting gal-pal” labelled the hottest new “designer accessor[y]”.

This is a far cry from references to lesbianism in the magazines from the previous two decades. Earlier references are steeped in the politics of social change and are often located in social commentary articles or advice columns.

In women’s magazines from the early 2000s, the “lesbian chic” of the 1990s evolves into what feminist researchers have dubbed “heteroflexibility” – or the performance of lesbian eroticism to garner male attention.

This term is not restricted to the realm of women’s magazines. It is strewn throughout popular culture. A glance at social media or fashion blogs confirms the term’s currency, while its Urban Dictionary and Oxford Dictionary Online entries demonstrate its ubiquity.

In the contemporary editions of Cleo and Cosmopolitan, the phrase is used in a way which suggests all women can participate in the “girl crush”. An interview with Zooey Deschanel in the July 2013 edition of Australian Cosmopolitan asks the actress to name the celebrity she has “a total girl crush on”. That the “girl crush” has become a routine question to be asked of celebrities demonstrates its pervasiveness and normalisation.

Is the girl crush good news?
But what does this evolution in pop-culture understandings of lesbian desire mean? The increased level of comfort with lesbian sexuality embodied in the casual use of the phrase “girl crush” in contemporary mainstream women’s magazines might look like a sign that attitudes towards lesbians and gays have lightened up.

Yet it also arguably serves to trivialise lesbianism as a functioning form of sexuality and legitimate sexual identity. A “girl crush” presents a form of “lesbian-lite” that is stripped of its sexual or emotional meaning. It’s as if all heterosexual women can participate in a “girl crush” without the stigma of genuine lesbian desire.

This perhaps underscores a lingering anxiety around women’s same-sex sexuality. It can even work as a form of veiled homophobia analogous to the use of the phrase “no homo” among young men wishing to distance themselves from homosexuality.

The journey through “lesbian chic” and “heteroflexibility” to the “girl crush” serves increasingly to strip lesbianism and bisexuality of their sexual or emotional desire. Instead, same-sex attraction is reconfigured within heterosexuality.

This further marginalises those women who may identify as part of a sexual minority group. Not only are they excluded from fully participating in the mainstream, heterosexual world, they are excluded from a socially sanctioned performance of same-sex desire.

Although those talking about “girl crushes” and heteroflexibility are doing so without malice, it’s worth considering how language like this can actually be exclusionary. By identifying these trends as a form of false openness, we can begin to talk about more inclusive or progressive ways to represent sexual minorities within mainstream culture.

Girl crush anyone? The evolution of ‘lesbian chic’
By Kate Farhall, University of Melbourne – Kate Farhall does not work for, consult to, own shares in or receive funding from any company or organisation that would benefit from this article, and has no relevant affiliations.