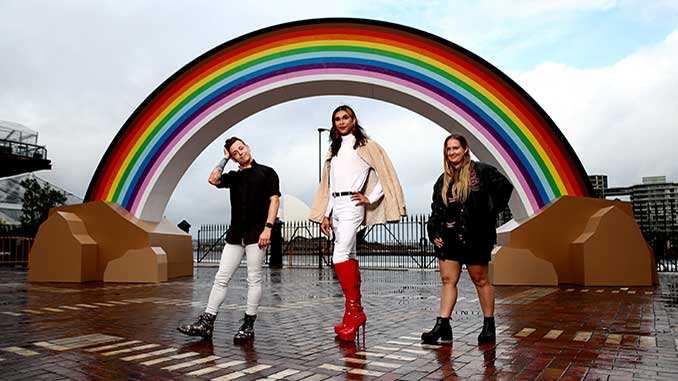 Mardi Gras might be over but Pride lives on in the hearts of Aussies across the country, with submissions for the regional home for the Big Rainbow landmark coming thick and fast.

The Tinder-backed project has seen thousands of detailed submissions, showing that there is a wealth of support for regional LGBTQIA+ communities from all corners of the country.

Towns like Hay (NSW), Geraldton (WA) and Bendigo (VIC) have all been campaigning hard to bring the Big Rainbow home, with support coming from LGBTQIA+ community, non-profit organisations as well as from local council members.

“We’re delighted to see the level of support for the Big Rainbow from across the country. It’s certainly encouraging to see that so many Aussies believe strongly in equality and representation for their LGBTQIA+ neighbours,” said Kirsty Dunn, Tinder Australia’s spokesperson.

“We’ve received thousands of submissions already, but If you haven’t already submitted your choice of regional town to house the Big Rainbow, now’s your chance to have your voice heard,” said Dunn.

The Big Rainbow Project builds on Tinder’s continued commitment to the LGBTQIA+ community in Australia with creation of the big monument to love and equality.

The nationwide call for suggestions to help decide on the landmark’s final home will be accompanied by a $100,000 donation to regional community organisations to support service and programmes for the regional LGBTQIA+ community.

Australians now have just over a week to suggest where the Big Rainbow will live with submissions closing on Wednesday 20 April and we want to make sure that nobody misses an opportunity to submit their suggestions through the Big Rainbow Project website.

Tinder will release a shortlist of regional towns for a final public vote in the coming weeks.