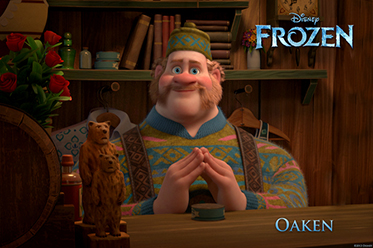 The recent publication of a study measuring the quantity and quality of LGBT representation in mainstream Hollywood cinema has left the industry smarting. GLAAD’s research found that out of 102 major studio releases in 2013, only 17 contained identifiable LGBT characters.

But what really got the press going was the fact that only seven of these passed the Russo test, patterned after the well-known Bechdel test for the representation of women. The Russo test looks for characters who are identifiably LGBT, who are not solely defined in terms of their sexuality/gender and whose removal from a film would significantly affect its plot.

But where Hollywood is failing, television continues to incorporate more LGBT characters than ever. A sister report on the state of American television showed that nearly all of the major American television networks increased the proportion of their LGBT representation, as well as the diversity of those representations. Cable channels, too, featured more hours of LGBT inclusive programming than they did the previous year. ABC Family ranked top, with 50% of its programming featuring LGBT characters.

Some of this gap may be accounted for by difficulties in comparing the two forms of media. The film survey only examines those films which were released under the main label of the seven highest grossing film studios, excluding any reckoning of the output of “independent” studio divisions, such as Fox Searchlight or Sony Pictures Classics. But these are the very companies through which major studios typically channel the kind of niche projects in which we might expect to find a higher proportion of LGBT representation.

Meanwhile, the television report gives substantial space to the output of both network television channels (which we might loosely equate with the major studios of the film industry) and to cable channels. And some of these cater to the same kind of niche audiences which the methodology of the film research ignores. GLAAD also note that reality and lifestyle television often showcase members of the LGBT community, thereby increasing television’s representativity in a way that the cinema cannot match.

Lagging behind
So it’s possible that the gap between film and TV has been exaggerated. But a larger truth is still underscored by this: it is undeniable that mainstream movies continue to do very little to advance the representation of LGBT characters. While gay men are getting married and adopting children on major network sitcoms and dramas, they aren’t even making it on screen in major movie releases.

The sole exception is in comedies, where gay characters figure almost 50% of the time. The worst offenders were animated or family-oriented films, none of which met GLAAD’s criteria for inclusiveness. But they don’t appear to have counted Frozen’s Oaken, who is suggested by the film to be part of a gay couple, with four kids.

The fact that even GLAAD haven’t recognised Oaken as a gay representation points to a problem with the way Hollywood incorporates gay characters into mainstream cinema. To pass the Russo test, a character must be clearly marked as gay, but not in the film only for their gayness. If the film fails to mark the character clearly enough for the audience, as in the case of Oaken, then it can be argued not to include a gay representation at all. But mark the character too clearly, and it can tread close to stereotyping.

But in many genres where sexuality is only implicitly an issue, it’s hard to imagine exactly what a minor character capable of passing the Russo test might look like. With only a few minutes of screen time, how does a character announce his/her sexuality and make an impact on the plot which is unrelated to that sexuality? It’s different on television, where even minor gay characters tend to be more fully rounded. Over dozens of episodes they tend to develop different facets of their character, and rarely remain token gay characters, even if they begin that way.

So this is the real area where cinema can take a cue from television. Feature films simply don’t have time to develop the deep relationships and complex characters which grow, almost despite themselves, on long-running network shows. For LGBT representation in the cinema to come close to that on television, gay characters need to be at the centre of the action. The mainstream success of gay-themed television comedies and dramas has demonstrated that audiences are willing and able to accept gay characters in major roles, experiencing the same hardships and rewards as straight characters.

Hollywood studios should learn from this. Instead of relying on tokenism and including minor gay characters as sidekicks or comic relief, if they really want to strive for better representation they need to include gay characters in central roles. How much would it really change a generic action movie if the hero rescued his boyfriend, rather than his girlfriend, in the final reel? After all, it could still end with a kiss.

Film has a lot to learn from TV when it comes to LGBT representation
By Martin Zeller-Jacques, Queen Margaret University – Martin Zeller-Jacques does not work for, consult to, own shares in or receive funding from any company or organisation that would benefit from this article, and has no relevant affiliations.