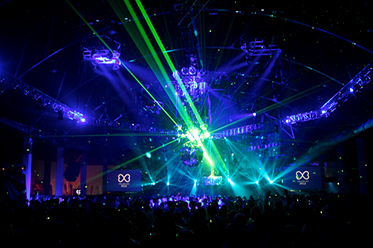 The Inner City Legal Centre in association with ACON and Sydney Gay and Lesbian Mardi Gras have announced Fair Play – an LGBTIQ community initiative to help partygoers understand their legal rights during the Mardi Gras season.

Fair Play supersedes Project Blue, which was launched in 2009 by Sydney Gay and Lesbian Mardi Gras (SGLMG), ACON, Inner City Legal Centre (ICLC), the NSW Gay and Lesbian Rights Lobby as an initiative to inform, support and educate members of the LGBTIQ community on health, safety and rights issues when attending parties during the Mardi Gras period, particularly where police drug operations are involved.

Following consultation with the community after the 2013 Mardi Gras season, it was decided to relaunch and better resource Project Blue as Fair Play, with the aim of helping people to understand their legal rights when attending or participating in activities during the 2014 Mardi Gras season.

“Fair Play is a key initiative to ensure the community know their legal rights and know where to go to find out more,” says Dan Stubbs, director of the Inner City Legal Centre.

“We’re also making sure the community have ability to get high quality follow up legal advice on issues that come up at Mardi Gras. Fair Play also provides key legal info and advice on laws people need to comply with during the party season.”

Fair Play aims to inform, support and increase the awareness of the LGBTIQ communities in relation to health, safety, rights, and appropriate policing practices when attending parties during the Mardi Gras period, particularly where police drug dog operations occur.

Fair Play is composed of the following strategies:
1. Creation of an online resource at: www.fair-play.org.au which informs the community about their rights, the law, police powers, and how to get help or make a complaint.
2. Engage members of the community to resource the initiative by volunteering as “Fair Players”
3. Provide Fair Play teams at Harbour Party and Mardi Gras Party, providing the following services:
– Providing information on rights and legal support;
– Offering emotional support; and
– Monitoring police operations.

Michael Rolik, CEO of Sydney Gay and Lesbian Mardi Gras says, “Fair Play is an important part of our response to community concerns about policing at Mardi Gras events.”

“Fair Play is designed to ensure members of our communities, as well as the thousands of visitors who come to Sydney for Mardi Gras each year, have the necessary information and support to ensure they have the best possible Mardi Gras experience.”