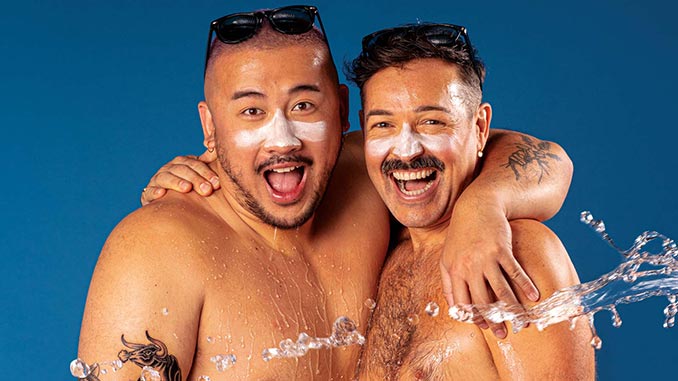 First launched in 2008, the Drama Downunder has been highlighting the importance of maintaining sexual health and wellbeing for over a decade. During that time, the campaign has regularly received complaints – reaching a peak in 2019 when it cracked into the top ten most complained about ads in the first half of the year.

The campaign has historically shown its models in a pair of white briefs in various light-hearted situations to destigmatise the discussion around sexual health.

“We’re incredibly proud of the Drama Downunder campaign. It was the first sexual health campaign specifically designed for gay men to be implemented in the mainstream in this country.”

“For years, the award-winning campaign has been successfully reminding people to look after their sexual health all over Australia,” said Thorne Harbour Health CEO Simon Ruth.

“While Drama Downunder featured one model for several years as the brand was being established, we decided to diversify the representation in the campaign in the last couple of years, and that has brought on a new wave of complaints,” he added. “Having two men in the campaign has clearly sparked some homophobic backlash.”

The most recent complaint lodged said the campaign used, “sexually explicit images of two men, suggestive, compromising and grotesque, 24/7 in full public view , without any consideration of who sees these images and how they might impact children, religious persons, conservative people, foreigners and many more.”

And went on to add, “We do not openly promote prostitution, alcohol use & smoking and not normal sexual behaviour, but gay love is displayed like a car advert? It is utterly revolting!”

“It’s blatant homophobia and stigmatising views like these that remind us how important it is to have health promotion campaigns like the Drama Downunder clearly depicting gay men and taking the shame out of having a discussion around sexual health,” said Simon Ruth.

While Drama Downunder has run across Australia over the years, the campaign is currently featured on street posters in metropolitan Melbourne. Ad Standards have advised that the campaign does not breach the Code of advertising standards.

For more information about the Drama Downunder campaign, visit: www.thedramadownunder.info for detalils.