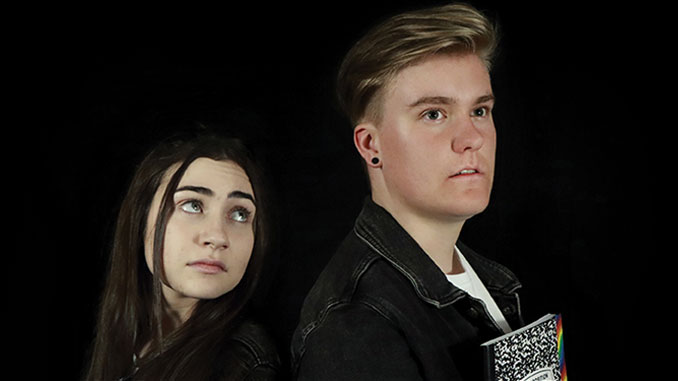 Do Your Parents Know You’re Straight? is an original play which explores the prejudice towards the LGBTQIA+ community and acceptance of identity. It was first produced as an early draft in the midst of the marriage equality debate to an exceptional response from Newcastle audiences.

“In many ways, Casey Miller is a regular teenager with a passion for writing stories. But Casey has a secret… he’s straight. Feeling isolated, he creates a friend in his stories – Riley, a lesbian girl who lives in an opposite world (not unlike our own) where heterosexuality is normality.”

“Riley operates as a reflection of Casey as he documents twisted versions of his reality through her eyes. But Riley can’t always be happy – not when Casey’s not. Because that’s not fair.”

Bearfoot has a mission to keep contemporary work alive by producing predominately original works of theatre which challenge audiences, tackle relevant social issues and give a voice to young and diverse artists.