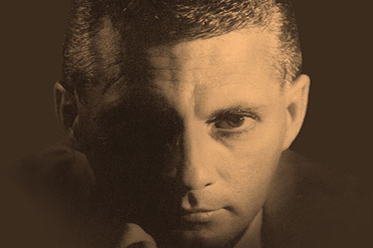 Gerald Glaskin (1923 – 2000) pushed the boundaries of acceptability in what he wrote and how he wrote it. His twenty major publications – novels, short stories, travelogues, memoirs, plays and more – tackled such taboo subjects as homosexuality, incest and parapsychology.

In the aftermath of the Second World War Glaskin challenged white Australians to re?examine their attitudes to Asians and Aboriginal people, and his 1965 novel, No End to the Way, initially banned in his home country, was ground-breaking in its frank and honest portrayal of a homosexual relationship.

Outside Australia, Glaskin’s books were translated into multiple languages and garnered praise from critics and readers alike. He was hailed as ‘the ace of Australian story tellers’. Yet in his home country he was and remains a virtual nonentity.

Why did Australia turn its back on him? Was it his delight in provoking people? Was it his audacious, belligerent and at times overbearing manner? Was he a victim of his country’s ‘tall poppy syndrome’, or of a provincial publishing industry?

This insightful biography probes the life and work of one of Australia’s most neglected writers and in so doing, gives Glaskin his proper due.

In Dare Me! John Burbidge has provided an intriguing exploration of the life and works of an almost forgotten Australian writer…Burbidge has done us a favour in bringing an important writer back to the spotlight, and recounting a life that reveals much about marginality in twentieth century Australia. – Dennis Altman

Australian born John Burbidge has lived and worked in Belgium, Canada, India and the United States. For many years, he was Communications Director for the Institute of Cultural Affairs, a non-profit organisation engaged in community and organisational development, before becoming an independent writer/editor.

His articles on a variety of subjects have appeared in magazines, newspapers, periodicals and books in several countries. Alongside Dare Me! his current writing projects include a memoir on living as a gay man in India, and an anthology of travel-inspired essays.

Dare Me! The Life and Work of Gerald Glaskin is published by Monash University Publishing and available at all leading book retailers. For more information, visit: www.publishing.monash.edu for details.

To learn more about Gerald Glaskin, John Burbidge has developed a dedicated website at: www.geraldglaskin.com