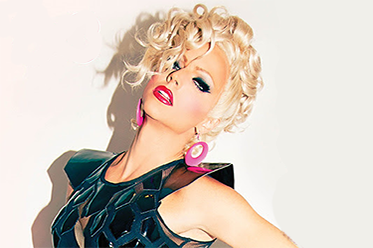 Courtney’s return to Australia will be the first since her now legendary 2014 Mardi Gras Party show, where she performed A Little Party and was joined onstage by an army of dancers.

As Sydney Gay and Lesbian Mardi Gras’ global ambassador, Courtney has been spreading the Mardi Gras love at Pride events around the world, so Mardi Gras is delighted to be bringing her back to Sydney to catch up with her fans, her friends and her Mardi Gras family.

Courtney will be performing a selection of songs, including what will be the Australian debut performance of her song, Mean Gays, and will be joined by a fantastic line-up of DJs and drag performers to party like it’s Mardi Gras!