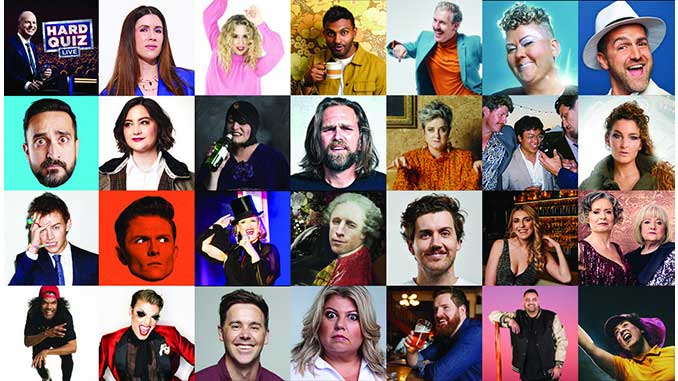 Laughter will fill venues across Victoria with an expanded program at this year’s Melbourne International Comedy Festival thanks to increased support from the Victorian Government.

The additional investment will bring comedy events to regional Victoria, add new venues to the line-up and attract more people to the program of events.

“We’re BACK and excited to be partnering with Visit Victoria to deliver a massive program for comedy fans in the coming months,” said Melbourne International Comedy Festival Director Susan Provan AO.

“Summer through autumn we’ll deliver great opportunities for weekend getaways in the country or the city with your favourite group of comedy friends.”

Outta Town will kick off with a RAW Comedy Heat at Geelong West Town Hall on Friday 11 February with Lano and Woodley, Geraldine Hickey and Claire Hooper also featuring in the program.

“The Melbourne International Comedy Festival is a much-loved event that attracts thousands of visitors into our city and this year the benefits will flow out to the regions as well,” said Visit Victoria CEO Brendan McClements.

The festival officially opens in Melbourne on 30 March and runs to 24 April, with hundreds of shows across the city and a new circus tent hub.

Extra venues for 2022 include RMIT Capitol Theatre, Trades Hall, the Chinese Museum, the Greek Centre and the Victoria Hotel. Beyond the CBD, the festival will also head to Thornbury, Narre Warren, Werribee, Footscray, Moorabbin, Preston and Broadmeadows.

The Very Big Laugh Out offers free family-friendly performances at Federation Square and other outdoor spaces across the city – which will encourage more visitors to the CBD.

Staging a larger and longer comedy program means more businesses will receive benefits, with 87 per cent of surveyed Melbourne Comedy Festival attendees also getting a meal or drinks while attending a show.

The Government is backing the return of a packed calendar of events throughout Victoria this year to attract more visitors to our state and support local jobs.

“We’re investing in expanding the festival to fill more venues across Melbourne and regional Victoria.”