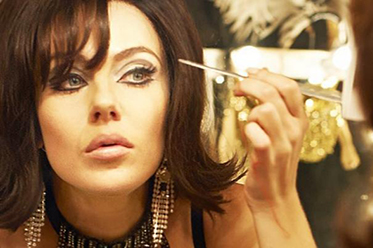 One of the most beautiful women of her generation – but not a woman at all. Carlotta is about an extraordinary life lived in changing times.

How many working class Balmain boys grow up to be showgirls? Not just any showgirl but a household name: a legend of Kings Cross, a daytime TV star, and a symbol of generational change. While many know her face, few have heard the real story of Australia’s most famous transsexual. Until now!

Long before Australians knew what a transsexual was, Carlotta was pushing the boundaries of gender and sexuality. She was an ambassador for rebellion, freedom, and self-expression: a living, breathing symbol of emerging 60s liberalism. She was a showgirl legend.

Fleeing an abusive stepfather, 16-year-old Richard, a sexually confused innocent, arrived in swinging, ‘live and let live’ Kings Cross. It was 1959 and the nation was waking from a long, conservative slumber.

Adopted by a group of like-minded friends, Richard began to test the boundaries of gender and sexuality: to remake himself. Through cross-dressing and performing, Richard experimented with becoming a woman, and despite persecution and exploitation, found the courage to live as Carol Lee.

Later, when illegal hormone treatment had spectacular results, the striking, irrepressible Carlotta was born. Fêted, desired and imitated, Carlotta’s reign was to endure for three decades.

Distinctly Australian, Carlotta’s grit, bawdy glamour, and determination to be the best woman she could be, endeared her to a nation while echoing the desire of a generation of women who also wanted more. Yet it is away from the spotlight that Carlotta played her most important and surprising role.

In the 1980s, a fairy-tale romance with a ‘great Aussie bloke’ changed everything. The infamous Carlotta was consigned to history as Carol fell in love, married, and gave up her stellar career for a life in the suburbs. She revelled in her new life as a homemaker and doting wife with the stable, loving family life she had always craved.

But surrounded by reminders of the children she ached for but could never have, Carol found herself stranded between two worlds, belonging in neither. Her new life would test everything she knew about herself, and it would take all her courage to make the heartbreaking sacrifice for the one she loved the most.

“I am absolutely delighted and flattered that this story is being brought to the screen as my main motivation is to show anyone who may be struggling with their gender, or struggling to gain acceptance from their family and society at large – that you can do it,” says Carlotta.

“Stand tall, know who you are and be proud of yourself, as acceptance comes from within.”

Spanning forty years, Carlotta is an uplifting celebration of finding your place in the world and making your mark against all the odds. A story of an exceptional woman’s desire to be ordinary.