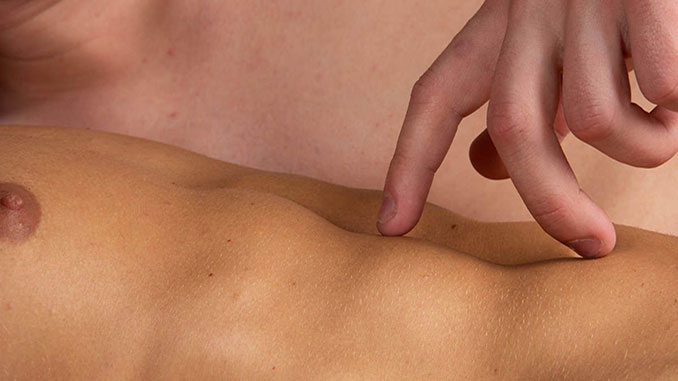 Who doesn’t remember what it was like to fall in love for the first time? Or to believe that happiness is still possible, even when life has dealt you some pretty shitty cards?

Jamie is 15, shy, and bullied at school. He lives with his single mum Sandra on a run-down London housing estate, but she’s preoccupied with dreams of a better job and her new, younger lover, so barely notices that her sensitive, Cagney & Lacey-loving son has a massive crush on Ste, the football-mad boy next door.

When Ste is badly beaten by his alcoholic father and Sandra offers him shelter, the two boys grow closer and gradually fall in love. But do they have any chance of happiness, in their tough, working-class world?

When Jonathan Harvey wrote this tender, open-hearted play about two damaged boys and the love that heals them, the age of consent for gay sex in the UK was still 21, it was illegal to ‘promote’ homosexuality in schools, and civil unions and same-sex marriage weren’t even on the radar.

Yet, nearly 30 years on, it still holds remarkable power, because what it explores is timeless: discovering your sexuality, finding love and acceptance, fighting your demons, surviving against the odds, being an outsider, and the importance of family and community.

“I’ve had a love affair with this play for over 25 years,” says Mark, “because it echoes many moments in my own life. I lived in the UK during Clause 28, inequality of Age of Consent, and years of marching for full LGBTQI+ rights within the law. The demonstrating hasn’t ceased and in some respect the law is still an ass. Directing this play is a continuation of that struggle.”

“I also saw the very first production, at the Bush Theatre in 1993, and it was magical for me as a gay man to see such an honest presentation of young love against the odds, which was also funny and recognisable.”

“I hope our audiences will be deeply moved by the machinations within the relationships in the play, as well as delighted by Jonathan Harvey’s comedic language. Coming out is still full of pitfalls – let’s not be fooled that even in our more enlightened times it’s a walk in the park,” said Nagle.

Jonathan Harvey wrote his first play in 1987, and has since written over 15 more, including Babies, Boom Bang-A-Bang and Beautiful Thing, which was later made into an acclaimed film. He has been the recipient of the Evening Standard, George Devine and John Whiting Awards, and his work has been both Bafta- and Olivier-nominated. He has been hailed as ‘the new theatrical voice of his generation’.

Jonathan is also a writer for Coronation Street, on which he has worked since 2004, and his extensive television writing includes his television series, Beautiful People and Gimme, Gimme, Gimme. His first novel was published in 2012. Jonathan lives in Liverpool, the city where he was born. He originally trained and worked as a teacher, and now runs his own production company.