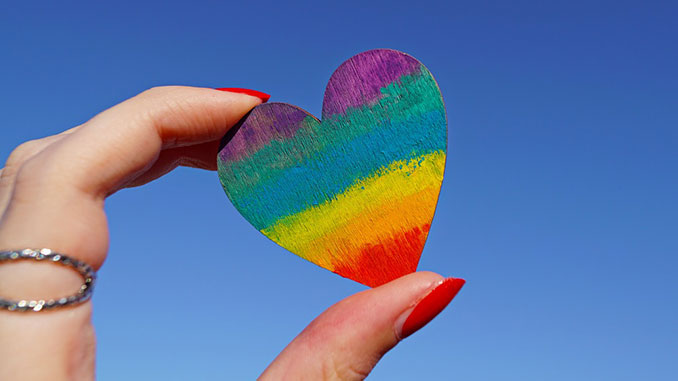 “As both organisations that partnered to produce this report are LGBTIQ+ community-led funders, we proudly bridge both the community and philanthropic sectors,” said Sam Turner, Chair, Aurora.

“This unique perspective has allowed us to identify a demand for greater understanding and evidence in relation to LGBTIQ+ communities’ needs and aspirations, and opportunities for funders to play a pivotal role in progressing social change for this under-resourced cohort.”

“The Australian LGBTIQ+ community sector is innovative and vibrant. It brims with both formal and informal initiatives through which LGBTIQ+ people are supporting themselves and each other, and taking action to create positive change and thriving communities,” said Ms Turner.

LGBTIQ+ communities are one of Australia’s most wonderful, yet under-resourced, populations. Among other findings, Where are our Rainbow Resources? discovers that in 2021, almost 40% of LGBTIQ+ community organisations operated on less than $10,000 income.

Drawing on a sector-wide survey, interviews with LGBTIQ+ community leaders, and a national literature review, this ground-breaking report explores the issues impacting LGBTIQ+ communities in Australia today, what the sector working on these issues looks like, and the pivotal role it plays. Including:

The LGBTIQ+ community sector has a strong history of achieving progress on many fronts, including:

LGBTIQ+ communities are amongst the least funded cohorts in Australia:

“As this report outlines, despite being a relatively new ecosystem, the sector has achieved a significant amount. It has forged new values and practices that not only benefit LGBTIQ+ community members but also wider Australian society in countless positive ways,” said David Anthony, Chair, GiveOUT.

“But we know there is so much more potential waiting to be unleashed by a well-resourced LGBTIQ+ community sector. The opportunities are as many as the needs are great, but a significant lack of funding for LGBTIQ+ causes persist.”

“We hope funders read this report and gain a deeper understanding of LGBTIQ+ communities, the sector landscape, and what to do next to fund effectively within it. We hope LGBTIQ+ organisations read this report, are proud of what they have achieved, and find it useful in advocating for greater support for their important work,” said Mr Anthony

Finally, the report recommends five key steps funders can take to improve outcomes for LGBTIQ+ communities including increasing funding support for LGBTIQ+ community organisations, being a good ally, and learning how LGBTIQ+ issues and experiences intersect with their other funding focus areas.

Stay tuned for sector-based workshops digging into how your organisation can use the research. For more information and to download a copy of the Report, visit: www.rainbowresources.org.au for details.