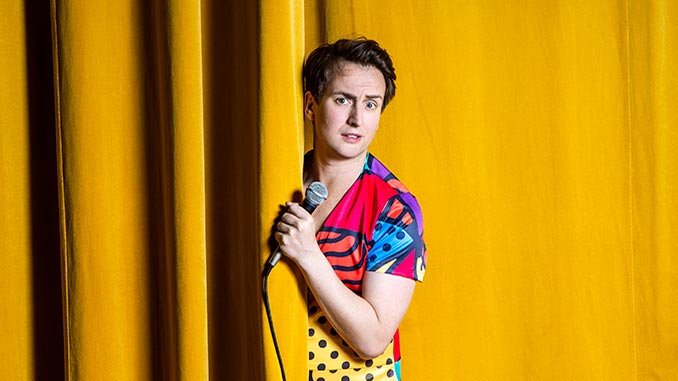 Having wowed audiences at the Brunswick Ballroom Opening Gala earlier this year, multi award-winning writer and performer Ash Flanders returns this July with Ash Flanders is Nothing.

Taking us on a profoundly funny freewheeling time-traveling journey like no other, Ash Flanders is Nothing mixes storytelling with song and comedy with tragedy – because when life is this gleefully punishing, the material just writes itself.

“After burning the stage to the ground at the Opening Gala, the Brunswick Ballroom practically begged me to return with a new show, but when negotiations turned nasty they insisted on picking the title. So I guess I’ll see you at Ash Flanders is Nothing!” says Flanders of his upcoming performances.

Melbourne’s most dynamic and exciting performance venue, the Brunswick Ballroom offers patrons the chance to experience music, cabaret and comedy alongside wonderful food and wine.

The cabaret line up at the venue is curated by theatrical producer Liza McLean from Tinderbox Productions. “Brunswick Ballroom is a brilliant new venue in the heart of arguably one of Melbourne’s most thriving artistic communities, it is a pleasure to be curating the Cabaret and Theatre events at this magnificent venue and we hope audiences enjoy their first taste of what’s to come,” says McLean.