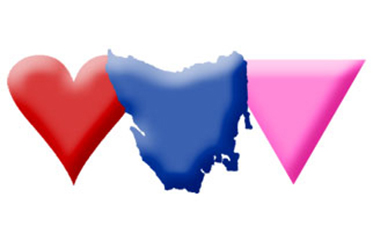 Tasmanian gay rights advocates are celebrating the 20th anniversary of one of the most important human rights cases in Australian history.

The decision gave the Federal Government the power to override the Tasmanian laws and led directly to their repeal in 1997. It was also the first time the UN had found that human rights protections extended to gay, lesbian, bisexual and transgender (GLBT) people, providing a precedent that has led to the repeal of anti-gay laws around the world.

The man who signed the case, Nick Toonen, said, “It’s wonderful to look back after twenty years to see how laws and attitudes have changed for the better thanks to the UN’s decision against Tasmania’s former laws. I’m prouder than ever of the Tasmanian UN decision.

Tasmanian Gay and Lesbian Rights Group spokesperson, Rodney Croome, said, “The UN decision turned Tasmania around with our state not only decriminalising homosexuality but going on to adopt Australia’s most progressive anti-discrimination and relationship laws.”

“The anniversary of the decision is a reminder that there are still human rights violations that Australia can and should act against, including the exclusion of same-sex couples from marriage.”

Mr Toonen today launched a new human rights organisation, Remedy Australia, which aims to ensure all UN Human Rights decisions against Australia have outcomes as successful as his.

To mark its launch, Remedy Australia will today send a report to the UN which shows that Australia acts on only 18% of UN Human Rights Committee decisions against it. Tasmania was the last Australian state to criminalise homosexuality with a maximum penalty of 21 years in gaol.

In 2011 the UN Human Rights Commissioner, Navi Pillay, described the Tasmanian decision as ‘a watershed with wide-ranging implications for the human rights of millions of people’.