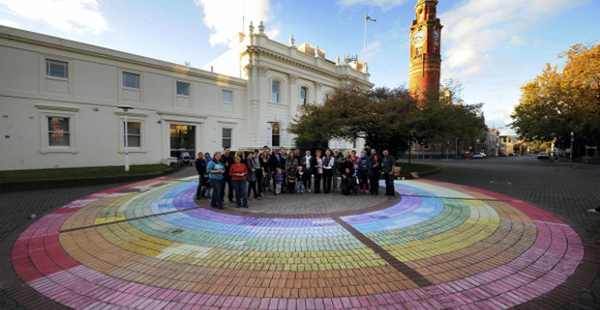 The Launceston City Council has disgraced the city and put young gay lives at risk according to marriage equality advocate and Tasmanian of the Year, Rodney Croome.

At Tuesday’s Council meeting only three aldermen voted for a marriage equality motion even though a majority said they support the issue. Those voting against did so largely on the basis it is not Council’s core business.

“Promoting social inclusion is core Launceston Council business according to the Council’s own founding documents, so by dismissing this motion the Council is effectively saying inclusion is for everyone except same-sex couples and their families.” says Mr Croome.

“Councils across regional and rural Australia have passed equivalent motions, so Launceston Council’s excuse about this not being Council business just doesn’t wash. The Council has sent a message of intolerance and exclusion that disgraces the city and will put the lives of young gay people at risk.”

“The Council has chosen to ignore the direct link between discrimination and poorer mental health outcomes, and it will be the young gay people of Launceston who pay the price.”

The Council agreed to further public consultation on the motion to be co-ordinated by a Council committee. Mr Croome said he will continue to encourage other councils around Tasmania to support marriage equality.

In 2012 Hobart and Glenorchy city councils both supported the reform. In recent months marriage equality has been supported by other regional and rural city councils including Geelong, Ballarat, Surf Coast, Byron Bay, Albury and Wodonga.

Image: DIY Rainbow in Launceston in 2013