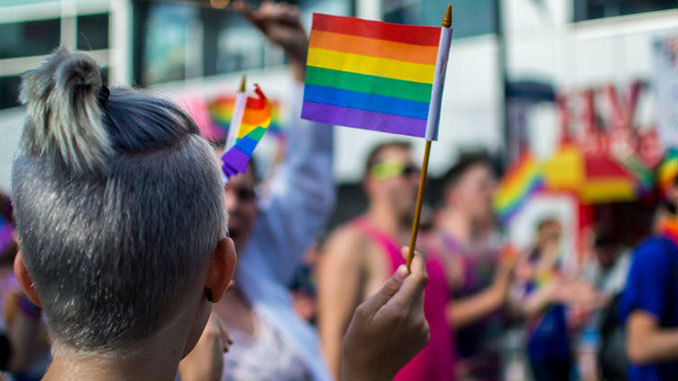 The final report of the parliamentary inquiry into historical gay and transgender hate crimes in NSW, which recommends the establishment of a judicial inquiry into unsolved murders, has been welcomed by the state’s leading LGBTQ health organisation, ACON.

ACON CEO Nicolas Parkhill said a judicial inquiry will shed further light on a dark chapter in NSW’s history and help with healing the pain and trauma experienced by many people as a result of these events.

“The attacks committed against sexuality and gender diverse people in NSW over decades have left a painful legacy for the loved ones of victims, survivors, their families, and the entire community, which was compounded by the slow and inadequate responses to many of these crimes,” said Parkhill. “ACON strongly supports a further judicial inquiry, as recommended in the final report into the inquiry.”

The inquiry into Gay and Transgender Hate Crimes between 1970 and 2010 was launched in 2018 by the NSW Legislative Council’s Standing Committee on Social Issues. It sought to look into institutional responses to violence carried out against people in sexuality and gender diverse communities in NSW during this period.

The second and final report, released today, includes a range of findings and recommendations that aims to foster healing and deliver justice for loved ones of victims and survivors of these historical crimes.

In its findings, the report stated the NSW Police Force failed in its responsibility to properly investigate historical hate crimes. It also found that victims carry enduring physical, mental and emotional trauma as a result of their experiences, and that acknowledging past wrongs by those who failed to protect and deliver justice is a necessary steps towards healing.

As well as the establishment of a judicial inquiry into unsolved cases of suspected gay and transgender hate crime deaths, the report also recommended:

“This report is an important document that acknowledges the suffering and trauma many people from sexuality and gender diverse communities in NSW have experienced,” said Parkhill. “It makes clear the steps the NSW Government and NSW Police Force need to undertake to properly address this and ensure that healing and justice can begin.

“ACON strongly supports all the recommendations outlined in the report and stands ready to work with the government and other agencies to ensure they are actioned.”

“Dowson Turco Lawyers have been working hard with ACON and range of other partners to ensure that the pain and injustice many victims and survivors have endured are known and are never repeated again. We are heartened by the release of the final report and support all of its recommendations,” said Nicholas Stewart, Senior Partner at Dowson Turco Lawyers.

ACON provided a comprehensive submission and gave evidence during hearings and Parkhill said he was pleased to see many of ACON’s submission points were considered and responded to in the final report.

However, other key areas in ACON’s submission were not addressed such as the establishment of an office for equity, support for a government-funded mainstream education campaign and a public apology by the NSW Government and the NSW Police Force. ACON will continue to advocate for these ommissions through other policy settings and opportunities.

“Nevertheless, this report builds on our ongoing work that supports people impacted by historical hate crimes and is an important next step in the journey towards achieving justice for the loved ones of victims and survivors,” said Parkhill.

Parkhill acknowledged the strong support the inquiry received from parliamentarians across the political spectrum and commended them for their efforts.

“ACON extends our warmest thanks to the members of the NSW Legislative Council Standing Committee on Social Issues for their contributions to the inquiry, which was conducted with respect and compassion,” said Parkhill. “We particularly thank Shayne Mallard MLC for his work in ensuring the voices and stories of those impacted by historical LGBTIQ violence were heard.”

Parkhill also thanked the many organisations, partners and other stakeholders for their contribution to this historic inquiry. “And of course, we thank all the community members who provided submissions and gave evidence at hearings for the inquiry,” he said.

“Their bravery, strength and resilience inspires and propels us in our continued efforts to fight for justice, heal and eradicate homophobia and transphobia in NSW,” said Parkhill.