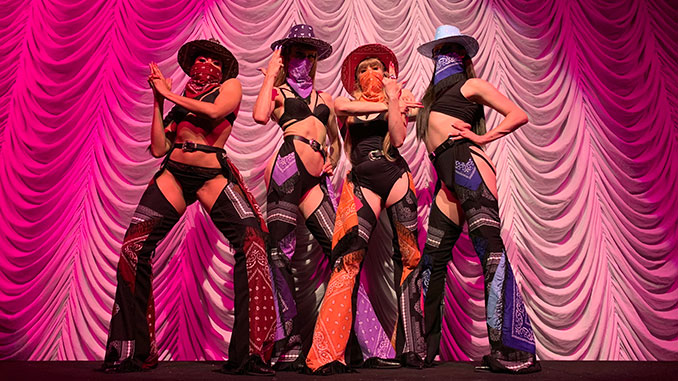 As Victoria eases its way out of lockdown, an extraordinary Melbourne Fringe Festival comes to an end, Australia’s Independent Artists have once again been triumphant as the 2021 Award Winner’s are announced.

2021, the year that we thought lockdowns would be behind us, has again proved to be an extraordinary display of the resilience, the creativity and the innovation of Australia’s independent artists under pressure – and the hunger Victorians have for the creative arts.

By the numbers, the Melbourne Fringe Festival performed strongly under extraordinary circumstances, with over $100,000 in ticket sales for what was a largely digital Festival. Despite the reduced program, the average show in 2021 sold 60% more tickets than 2020 – an indication of audiences embracing digital delivery formats.

Artist support from audiences was also strong this year, with over 20% of ticket buyers in 2021 taking advantage of the newly implemented overflowing ticket option – where audiences could pay more on top of their ticket price to support the participating artists.

“After the lockdown extension was announced in September, mere weeks before the Festival was to commence (and only days after the program was announced) our Festival staff worked tirelessly with artists to completely reconfigure the Festival for lockdown,” he said.

Of the original 479 planned events, 126 emerged after dozens of artists pivoted to digital events or reimagined them as Covid-safe affairs,” said Abrahams. “Our phoenix festival helped Victorians ride out their roadmap.”

“In typical Fringe style, our incredible artists found ways to adapt to their circumstances, with events online, outdoors, mailed to audience’s homes, and even one that took place on your toilet. But one things united them – all our events helped Melburnians to see some art in the midst of lockdown.”

“I couldn’t be prouder of our artists and our staff for accomplishing something extraordinary – delivering a Festival in the world’s longest lockdown – not once but twice,” said Mr Abrahams.

The 2021 Melbourne Fringe Festival kicked off with the virtual event Art Guides the Way – an almost spiritually cathartic affair where ten artists who had to cancel their in-person shows were given the task of transforming the Festival’s unused printed guides into new and extraordinary art.

The responses ranged from musical to ritualistic to comedic, and all lit up the online launch with a taste of the remarkable things to come.

Many of the Festival’s planned, signature events that could not proceed because of the sixth Melbourne lockdown will find new life later in the year and into 2022.

Melbourne Fringe’s permanent party destination, Fringe Common Rooms at Trades Hall will also play host to a significant number of the rescheduled open access events from the 2021 program in February 2022 (on sale early 2022). A full list of the rescheduled 2021 Festival events can be found on the Festival website.

And what of the Melbourne Fringe Festival in 2022? Fringe will be turning 40, and plans are already underway for an enormous celebration. Past artists and audiences are asked to contribute their most vivid Fringe memories to the Story Bank, which remains open.

In partnership with State Library Victoria, the contributions to the Story Bank will be turned into a unique multimedia 40th anniversary exhibition – one of the many delights that await audiences in 2022.

The 2022 Melbourne Fringe will run 6 – 23 October. For more information, visit: www.melbournefringe.com.au for details.

Image: YUMMY – How to Make a Western – photo by James Welsby

Spirit of the Fringe Award:Our Hair, Our Culture, Our Stories – Pasifika Storytellers Collective

Best Emerging Producer: Supported by MILKEIsabella Perversi for What rhymes with orange?

The Phantasmagorical Award: Supported by Temperance HallThat One Time I Joined the Illuminati – Lou Wall

The NSW Tour Ready Award: Supported by Sydney FringeYUMMY: How to make a Western – YUMMY Productions

Best in Homewares and Object Design Award:Madison Elrick for Here you go

People’s Choice Award:YUMMY: How to Make a Western – YUMMY Productions