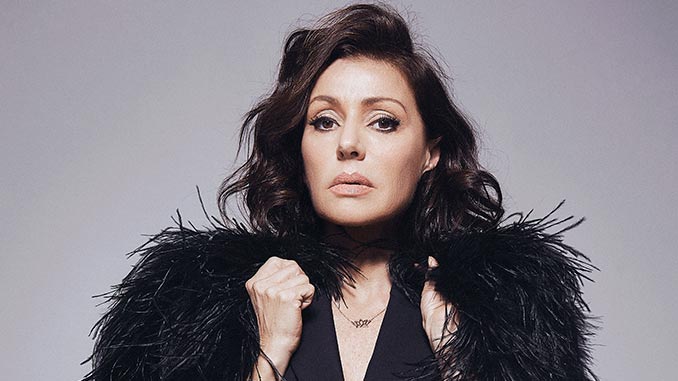 Adelaide Festival Centre is thrilled to announce iconic Australian singer-songwriter, record producer, actress and consummate performer Tina Arena AM will take on the role of Artistic Director for the 2022 Adelaide Cabaret Festival.

An ARIA Hall of Fame inductee and accomplished international performer, incoming Artistic Director Tina Arena’s work has ranged from musical theatre (most recently playing the lead role of Eva Peron in the Australian production of Evita), to classical, rock, pop, dance and even indie.

She has shared the stage with world-renowned artists including Lionel Richie, Donna Summer, Marc Anthony, Andrea Bocelli and Antonio Banderas.

Tina Arena is one of Australia’s highest selling artists, having sold over 10 million records worldwide and singing in English, Italian, French and Spanish. Her musical theatre credits include the West End production of Chicago in 2007 as Roxie Hart and in 2002 she played the role of Sally Bowles in Cabaret at Sydney’s State Theatre.

Tina Arena’s remarkable career began at the tender age of eight as a favourite on Young Talent Time where “Tiny Tina” with the big voice became a household name.

Voted Australia’s greatest female singer of all time in 2013, Tina’s stunningly powerful voice remains unparalleled after 40 years in the industry and she has inspired generations of Australians, paving the way for upcoming Australian female artists to reach new heights within the Australian music industry.

“I am so looking forward to getting stuck into programming next year’s Adelaide Cabaret Festival as Artistic Director and working with some incredible artists I’ve come to know, love and respect over my decades working in Australia and internationally,” said Tina Arena AM.

“Performing is my lifeblood, I love to sing and connect with audiences through story-telling and the incredible power of music – to me this is at the heart of cabaret.”

“I’m so ready to take on this role and share my love of art, music, performance and of course cabaret with Australian audiences in Adelaide – a place I’ve always loved for its extraordinary arts and culture scene and its welcoming people,” said Arena.

“Alan has been an outstanding advocate for South Australia’s favourite winter festival and has put his all into creating a fantastic buzz and atmosphere. We thank and commend Alan and the cabaret team and staff for their incredible vision, creativity, diligence, and persistence.”

“I also want to thank our loyal cabaret audiences for returning with gusto as we celebrated our 21st Adelaide Cabaret Festival at Adelaide Festival Centre – we loved welcoming you back.”

“We look forward to celebrating with you all in person again next year, when accomplished entertainer Tina Arena leads the way as Artistic Director of Adelaide Cabaret Festival 2022,” said Gautier.

Dates for the 2022 Adelaide Cabaret Festival will be announced soon. For more information, visit: www.adelaidecabaretfestival.com.au for details.