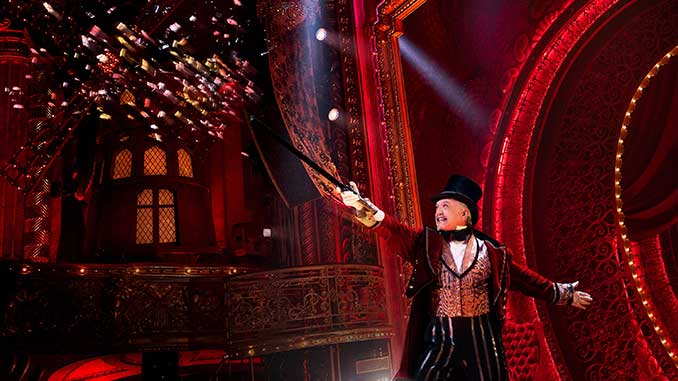 After celebrating a coup of stellar reviews and a sold-out premiere season at the iconic Regent Theatre, Moulin Rouge! The Musical announces a return Melbourne season, with performances commencing from August 2023.

“We simply couldn’t ignore the scores of people that didn’t get a chance to experience the show in Melbourne. An opportunity arose, and we decided to seize the moment to return to Melbourne and give the audiences what they’ve been asking for.”

“The Regent Theatre is absolutely resplendent when dressed in rouge, and we can’t wait to bring this sparkling diamond of a show back to delight the bohemians of Melbourne in 2023,” said Pavlovic.

Despite losing more than 15 weeks of the season due to Covid-19 lockdowns in Victoria, Moulin Rouge! The Musical continued to captivate Melbourne, welcoming scores of enthralled guests to every sold-out performance across the Regent Theatre season.

Tickets for the return Melbourne season of Moulin Rouge! The Musical will go on sale Friday 29 April 2022 via Ticketek. There is no other authorised reseller. Be the first to access new tickets by signing up to the waitlist.

Moulin Rouge! The Musical continues at Melbourne’s Regent Theatre until 29 April, before playing Sydney’s Capitol Theatre from 28 May 2022. For more information, visit: www.moulinrougemusical.com for details.