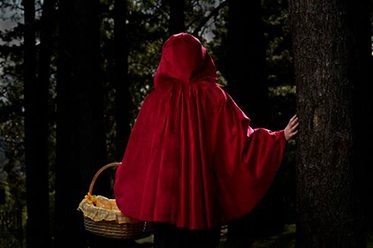 Ahead of its Hollywood treatment later this year, Stephen Sondheim and James Lapine’s acclaimed musical masterpiece and adult take on fairy tales will be presented by Victorian Opera for a limited season from 19 July.

Taking on a role made famous by the legendary Bernadette Peters, and played by Meryl Streep in the upcoming film release, Queenie van de Zandt appears in Melbourne’s first professional staging of Into the Woods in more than fifteen years.

“As an opera company, we are able to bring a unique interpretation to musical theatre by combining the vocal talents of both art forms,” said Richard Mills, Artistic Director, Victorian Opera. “Queenie is an incredible musical theatre talent who was last seen in the world premiere of King Kong Live on Stage as the mad fortune teller Cassandra, and we’re delighted to have her debut with the company.”

Into the Woods marks Victorian Opera’s second presentation of a Sondheim work rarely seen on the professional stages of Australia, with last year’s production of Sunday in the Park with George one of the highest performing shows in the company’s recent history.

“This year we will be fortunate to see many of the artists from Sunday return, including director Stuart Maunder, as well as performers Christina O’Neill, Antoinette Halloran and Matthew McFarlane,” said Mills.

The classic stories of Jack and the Beanstalk, Cinderella, Little Red Riding Hood and Rapunzel collide with the lives of a childless baker and his wife, who travel ‘into the woods’ to lift a witch’s curse. But what appears to be a happy ending for each character soon unravels as a lady giant wronged by Jack wreaks havoc. A darkly enchanting story about life after the ‘happily ever after’.