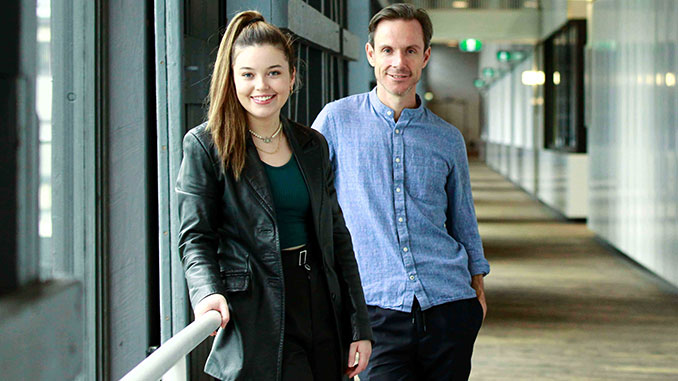 Multiple Tony Award-winning musical Fun Home is set to make its Australian premiere this Saturday, at the Roslyn Packer Theatre – led by a stellar cast including musical legend Marina Prior and Muriel’s Wedding the Musical star Maggie McKenna.

Winner of three Tony Awards including Best Musical and Best Original Score, and a finalist for the 2014 Pulitzer Prize for Drama, Fun Home has been hailed as a “beautiful, heartbreaker of a musical” (New York Times) and “one of the best new musicals of our era” (LA Times).

With Music by Jeanine Tesori (Caroline, or Change, Violet) and Book and Lyrics by Lisa Kron, Fun Home is a heartfelt story about coming out and coming of age based on Alison Bechdel’s pivotal graphic novel, and was the first Broadway musical to have a lesbian protagonist.

After the unexpected death of her father, Alison is forced to confront his secrets that come to light. Shifting between past and present, we meet Alison, a successful graphic novelist; college-age Alison on the cusp of self-discovery; and precocious child Alison, who plays in coffins instead of sandboxes in the family’s Bechdel Funeral Home.

Maggie McKenna, who plays ‘Medium’ or college-age Alison said Fun Home was unlike any musical Australia had ever seen before. “It’s raw, real and deals with incredibly important topics about sexual identity and family dynamics,” said McKenna. “I think this show will be a refreshing and invigorating change for musical theatre audiences.”

McKenna said she felt privileged to be portraying Alison Bechdel, who she described as a “feminist icon”.

“As a queer woman, I was drawn to this show and this role from the moment I heard of its existence” said McKenna. “Alison Bechdel is a queer and feminist icon and it’s such a honour to be able to play her in the developmental stages of her life.”

Director Dean Bryant (Anything Goes for Opera Australia/GFO, Sweet Charity at Hayes Theatre) said it was wonderful to be telling such an important story, with numerous queer performers and creatives at the helm.

“Fun Home grabbed me from the first few bars of the cast recording – it’s rare to have a new musical be so instantly catchy while being so original in content and form,” said Bryant.

“It’s a miracle that the writing of this family is so unique and specific yet feels universal, breaking your heart as it opens your mind. It’s a privilege to lead a team in sharing this story at time when our culture is beginning to prioritise non-mainstream voices.”

Originally known for the long-running, popular comic strip Dykes to Watch Out For, Bechdel was a 2014 recipient of the MacArthur Fellowship – also known as the “Genius Grant” – and is the eponymous creator of the ‘Bechdel test’ which measures the representation of women in fiction.