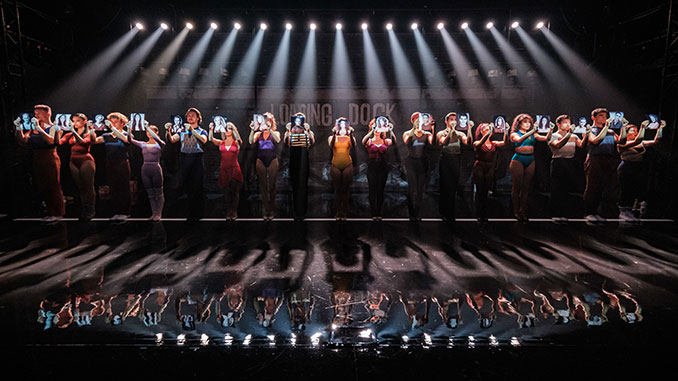 Darlinghurst Theatre Company has announced that its long-awaited new production of A CHORUS LINE will open in the Drama Theatre – Sydney Opera House on 11 February 2022.

Featuring brand new choreography by Helpmann Award-nominated director and choreographer Amy Campbell, this legendary musical stars some of the country’s most talented triple threats, including Adam Jon Fiorentino as Zach, the director loosely based on the show’s creator Michael Bennett.

Fiorentino has performed in Mary Poppins on Broadway; Follies and Saturday Night Fever in London’s West End; the Australian tour of Aladdin, and Kiss of the Spider Woman for Melbourne Theatre Company.

Artistic Director Amylia Harris is thrilled to welcome Cassimatis back and recalls the incredible audience reaction to her performance during the final preview in 2020.

“After Angelique’s solo number halfway through the second act, the audience rose to its feet to give her a standing ovation. It was literally show stopping!” she said.

Following two postponements due to the pandemic, this brand-new production will finally lay bare the struggles performers face to be seen, heard, recognised and respected.

The 20 roles are based on the real-life anecdotes of Broadway dancers interviewed by Michael Bennett in his East Side studio one weekend in January 1974. Rivalry and wine paved the way to a weekend of divulged secrets about their upbringing, coming-of-age, sexuality and careers.

“I am so passionate about letting these stories be heard again and reinstating their relevance,” said Amy. These stories were based on real people and I want to show that 50 years later these stories translate across time, gender and ethnicity.”

“Themes of bullying, racism, sexism, power and passion are still faced every day, just as they were in the 1970s. We like to think we’ve come so far, but have we?”

Returning from the 2020 company are Molly Bugeja as Vicki/Dance Captain, Nadia Coote as Sheila, Lachlan Dearing as Mike, Natalie Foti as Bebe, and Madeleine Mackenzie as Maggie.

When A CHORUS LINE opened on Broadway in 1975, it created a storm and revolutionised everyone’s notion of what a musical could be. Still considered one of the greatest musicals of all time by critics and audiences alike, it went on to win 9 TONY Awards, the Pulitzer Prize and 9 Drama Desk Awards, and made history by playing­­ a record-breaking 6,137 performances over 15 years.

A CHORUS LINE opens at the Drama Theatre – Sydney Opera House on 11 February 2022 after premiering at the Riverside Theatres, Parramatta: 6 – 16 January as part of the 2022 Sydney Festival. For more information, visit: www.darlinghursttheatre.com for details.

Image: The Cast of A Chorus Line – photo by Robert Catto