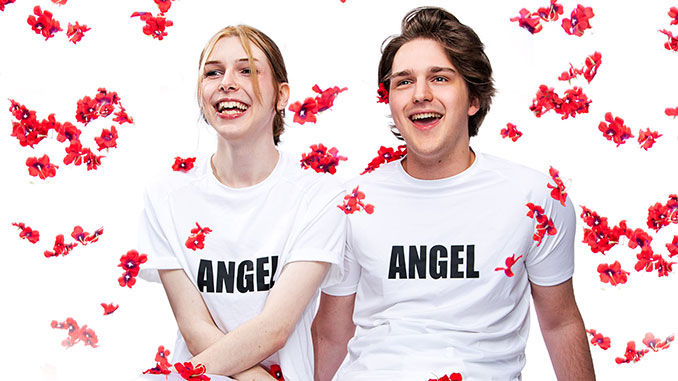 Following the extraordinary successes of The Credeaux Canvas, Lambert House Enterprises and Les Solomon are thrilled to announce the opening of their latest show for Sydney audiences: Three Winters Green at Fringe HQ this November.

This powerful and still very timely Australian play has had three highly successful productions since it first premiered in 1993 at the Stables Theatre. Postponed when fully ready to open in July due to Covid lockdown, now it comes blazing back with the boldest innovative production at Fringe HQ (formerly the Old 505 Theatre) for a limited season.

In a genuine coup for the production, director Les Solomon has been joined by the author of the play Campion Decent as co-director. One of Australia’s leading playwrights, Campion’s latest work, The Campaign (his story of homosexuality being made legal in Tasmania), has seen recent Sydney and Melbourne productions and Embers – which enjoyed a critically acclaimed season at the STC – is now studied as an HSC text. Rachel Marley (The Credeaux Canvas, The Shape of Things) co-directs.

Three Winters Green follows eight people through three years of their lives. From school through to drag; from dreams on a coach through to reality in a city; from alcohol through to realisation, each character is on a journey quite separate and yet eventually interlinked by a crisis of – literally – epidemic proportions.

Lives are changed, ambitions thwarted, boundaries redefined and a common goal forged between a group of people who have each traveled a separate path to a shared moment in their histories.

This modern Australian epic features a cast of seven terrific actors; Tom Kelly (The Credeaux Canvas, St James Infirmary) is both the dark and mysterious Martin, and the comic and confused Mick. The lynchpin of the entire story is Sebrina Thornton Walker as Francis, the loveable but controversial gay schoolboy who becomes a grand drag artist!

Newcomer Ben Jackson is the emotional heart of the story – the likeable but quietly rebellious Andrew, while theatre veteran and co-star of the latter season of The Credeaux Canvas, Norah George is the petulant, alcoholic mother, Maxine, who journeys from ‘zero’ to hero.

Two exciting newcomers – both fresh from theatre work in Canada – are Maddison Silva and Julia Muncs as Jen and Beck, who bring both humour and emotional depth to the story. Joining them is Samuel Welsh (just back from a triumphant national tour of 91 Storey Treehouse) who plays the troubled and sexually confused schoolteacher Joseph.

These eight characters take the audience on an emotional journey, full of love, song & dance and sudden bursts of tragedy. This is an epic Aussie favourite that touches the 2021 post-Covid zeitgeist.

Director Les Solomon said one of the reasons he and Campion wanted to revisit the play had much to do with our current time of Covid adding new relevance. “The play was always about how a group of friends form a community and find ways to cope with a pandemic,” he said.

Seeing it in the light of the world we are living in today makes the play both historic and an exercise in bonding. We’re all finding it very helpful and a positive experience in these difficult times. We know audiences will take that same feeling of strength from this play,” said Solomon.