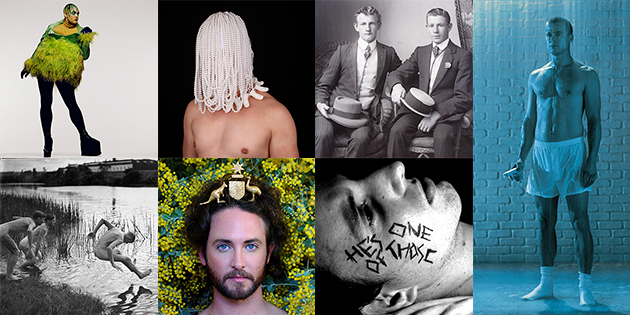 The first Australian photographic exhibition of the male figure through LGBTI eyes, The Unflinching Gaze: photo media & the male figure has opened at the Bathurst Regional Art Gallery, and is on display until 3 December 2017.

“The Unflinching Gaze is a unique opportunity for audiences in the Bathurst Region to access a world class photo-media exhibition,” says Richard Perram OAM. “The Unflinching Gaze not only deals with aesthetic concerns but also engages the community in a discussion around social issues.”

The exhibition includes historic and contemporary fine art photography and film, fashion photography, pop videos and homoerotic art. Images range from the beautiful to the banal to the confounding, bringing an unflinching gaze to how concepts of humanity and the male figure are intertwined and challenged.

Themes include the Pink Triangle, which deals with the persecution, torture and genocide of homosexuals in concentration camps during World War II to those in Chechnya today; and the AIDS crisis in the 1980s.

View a sneak peak of the exhibition here. For more information, visit: www.bathurstart.com.au for details.