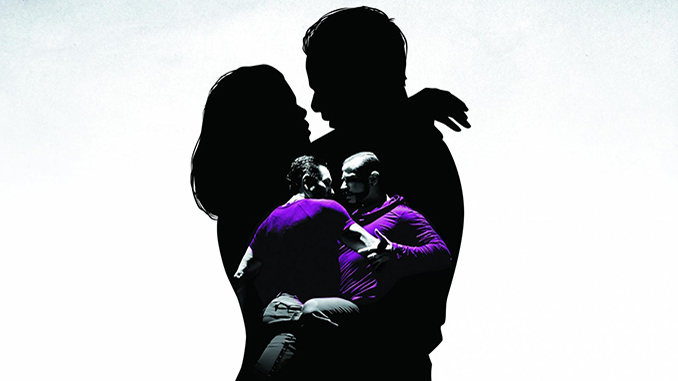 Yirra Yaakin Theatre Company returns to Perth Festival after its 2020 Festival world-premiere hit Hecate with an exciting new production of the much-loved Australian comedy drama The Sum of Us at the Subiaco Arts Centre from 25 February 2021.

How’s a bloke supposed to find Mr Right when his father’s always up in his business? That’s the premise of this uplifting play that revolves around the comfortable relationship between widower Harry and his son Jeff as they each search for the right partner.

The Sum of Us, the acclaimed 1990 play adapted into the award-winning film starring Russell Crowe and Jack Thompson in 1994, is a beautiful tale of a strong family bond, ageing, queerness and the dance we all do when searching for love.

Written by David Stevens (Breaker Morant), The Sum of Us will be performed by an Australian First Nations cast in a 90-minute production spiced with Latin dancing and great music from the 1990s.

A decade after the play was last seen in WA, Yirra Yaakin Artistic Director Eva Grace Mullaley said she was inspired to produce The Sum of Us because it showed that being queer would not turn the world against you.

“It is a story that encompasses all cultures,” she said. “In an industry where Indigenous people are constantly asked to relieve their trauma instead of normalising good relationships, this play is about a beautiful father-son relationship and their search for love.”

“Balancing humour and pathos, this touching play is as relevant today as it was 30 years ago when it helped break down barriers at the height of the AIDS crisis,” said Mullaley.

This is the first time Yirra Yaakin has produced a play with a focus on queer identity. It will be presented as part of the need to display functional and dysfunctional families and represent First Nations people as contemporary, dynamic and evolutionary members of society.

After his success as co-writer of Breaker Morant with Bruce Beresford, David Stevens wrote The Sum of Us in the late 1980s but could not find a theatre company in Australia willing to produce the play.

He took it to producers in New York and it opened on October 16, 1990 at the Off-Broadway Cherry Lane Theatre, where it ran for 335 performances and won The Outer Critics Circle Award for Outstanding Off-Broadway Play 1990-1991. He adapted his script for the 1994 Crowe-Thompson film, which also was directed by the play’s American director Kevin Dowling.

Despite being set in Melbourne, The Sum of Us was first produced by Sydney Theatre Company in 1992. Notable productions since then have included the 2005 Sydney Gay and Lesbian Mardi Gras (Zenith Theatre, Chatswood), and the national tour by HIT Productions in 2011.

Image: The Sum of Us – courtesy of Yirra Yaakin Theatre Company